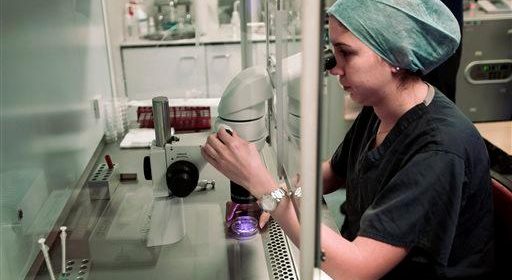 An out-of-state couple is suing a Colorado Springs fertility clinic after their embryos were accidentally destroyed, arguing the mistake amounted to negligence.

Kara Seldin-Howell and Kolton Howell, of Pierce County, Washington, traveled to Colorado Springs in May to have Seldin-Howell’s eggs retrieved for in vitro fertilization at CNY Fertility Colorado. CNY then informed them that seven embryos appeared viable, and the couple planned to have genetic testing done on the embryos and to freeze them for later transfer.

Two days after the couple learned they had seven potential embryos, they received a call from the clinic’s medical director telling them the embryos had accidentally been destroyed. A laboratory worker allegedly forgot to put an oil medium in the petri dishes, causing the embryos to dry out and die.

CNY Fertility, which is based in New York but has clinics in multiple states, didn’t respond to questions about the Howells’ account.

Seldin-Howell described the situation as a “nightmare” and said she and her husband are struggling to heal. They may pursue another IVF cycle, but are fearful something will go wrong, she said.

The lawsuit alleged breach of contract, failure to protect property entrusted to the clinic and negligence in training or supervising employees. It asked for compensation for what the couple spent on the procedure and related medications, the embryos themselves and emotional distress, but didn’t lay out a dollar amount.

An IVF cycle can cost $20,000 or more, though CNY’s website advertises a significantly cheaper option.

In 2020, more than 326,000 assisted-reproductive technology cycles were performed, resulting in about 75,000 births, according to the Centers for Disease Control and Prevention. (More than one-third of the cycles weren’t intended to result in an immediate birth, because any eggs or embryos were promptly frozen.) The agency estimated about 2% of American babies are conceived through technology like IVF.

There’s relatively little government regulation of fertility clinics, other than requirements they screen patients for sexually transmitted infections and report their odds of success. The American Society for Reproductive Medicine sets standards for clinics and requires them to be accredited, but there’s little it can do if a facility chooses not to follow the rules, other than no longer listing that clinic as a member. It’s not clear if CNY’s alleged mistake violated any standards.

No single entity is responsible for tracking mistakes in fertility treatment, so it’s difficult to know how common such situations may be.

The issue grabbed headlines in March 2018, when clinics in Ohio and San Francisco reported large numbers of embryos and eggs were destroyed when the freezers where they were stored failed. Last year, a jury in federal court awarded the San Francisco patients $15 million, though it found the company that made the defective freezers more culpable than the clinic. More than 150 patients of the Ohio clinic settled lawsuits for an undisclosed amount.

Adam Wolf, an attorney representing the Howells, said his firm has taken “thousands” of cases related to assisted reproduction. Without inspections or a requirement to report mistakes, it’s impossible for patients to know if they’re choosing a good facility to create and handle their embryos, he said.

“We need to have meaningful federal oversight” of clinics, he said.