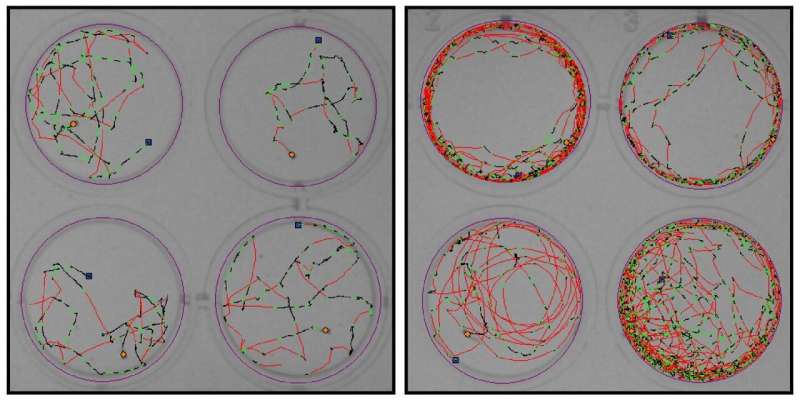 A research team at the Greenwood Genetic Center (GGC) has identified the mechanism that causes movement disorders in patients with mutations in the NUS1 gene. Using both cellular and model organism studies, cholesterol accumulation was found to contribute to the symptoms of seizures, ataxia, and movement abnormalities. This breakthrough study on NUS1, a gene that has also been potentially linked to Parkinson’s Disease, is reported in the current issue of Genetics in Medicine, the Journal of the American College of Medical Genetics and Genomics.

“Chloe’s specific NUS1 variant had never been reported before, so we initiated functional studies using fibroblasts, and developed a zebrafish model to mimic her genetic variant,” said Heather Flanagan-Steet, Ph.D., Director of Functional Studies and Director of the Hazel and Bill Allin Aquaculture Facility at GGC. Flanagan-Steet and her team also studied two other patients with NUS1 variants and similar clinical findings.

Chloe’s zebrafish ‘avatar’ displayed aberrant motility and swimming patterns. Cellular studies also identified increased lysosomal cholesterol storage, both in the skin cells of the three patients as well as in the cells of the zebrafish avatar.

“These studies confirmed the pathogenicity of this variant, which provided a long-awaited answer for her family, and also gave us the opportunity to better understand this rare diagnosis and consider potential treatments,” said Rich Steet, Ph.D., Director of Research at GGC.

The Murphy family has found hope through their research participation.