At least three dozen students have come down with chickenpox at a private school in North Carolina — nearly one-quarter of the student body — in what health officials call the largest outbreak in the state since the chickenpox vaccine became available more than two decades ago.

The students, who range in age from 4 to 11 years old, attend the Asheville Waldorf School in Asheville, N.C., about 120 miles west of Charlotte. They began falling ill in mid-September, said Dr. Jennifer Mullendore, the medical director for Buncombe County Health & Human Services.

The school has 152 children in nursery school through sixth grade, and one of the state’s highest rates of religious exemptions for vaccination.

“The size of this outbreak and the fact that this school continues to have a large number of unvaccinated students makes it very likely there will be continued spread of chickenpox within the school,” Dr. Mullendore said. “This also poses a risk of spread to the surrounding community.”

North Carolina requires students to receive the chickenpox vaccine, but exceptions can be made for medical or religious reasons.

During the 2017-2018 school year, about two-thirds of the 28 kindergartners at Asheville Waldorf School received a religious exemption from the required vaccinations, state data shows, the highest percentage in the state for schools with kindergarten enrollment of at least three students.

Schools in the county have had smaller chickenpox outbreaks in recent years of no more than five to 11 children, Dr. Mullendore said. This year, however, was different.

“There is a significant amount of misinformation about vaccines on the internet and social media, which parents may find confusing and concerning,” Dr. Mullendore said. “We encourage parents to talk with their child’s health care provider and review medically accurate, scientifically sound information about the serious risks of vaccine-preventable diseases compared to the very rare risks of vaccination.”

Officials with Asheville Waldorf School, which is on vacation this week, did not immediately respond to a request for comment when asked about the outbreak.

Chickenpox, transmitted by the varicella-zoster virus, is highly contagious and results in a blisterlike rash, itching, fatigue and fever. 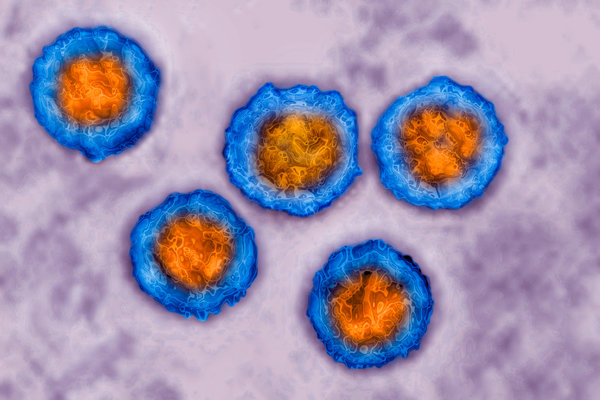 It usually presents as a mild illness, but can sometimes cause complications like bacterial skin infections, bloodstream infections, pneumonia, infection of the brain — even death.

“It is important to understand that even healthy children and adults may develop serious complications from varicella,” Dr. Mullendore said.

The illness can be more severe in immunocompromised people, children younger than 1 year of age, pregnant women, adolescents and adults, she added.

While most parents in the United States are making sure their children get the recommended vaccines, the Centers for Disease Control and Prevention has seen an increase in the number of children younger than 2 years old who do not receive any vaccines; there are about 100,000 who are not protected, said Kate Fowlie, a spokeswoman for the C.D.C.

That’s not necessarily because of parental choice, she added. Some parents may think they cannot afford vaccines, or may not have ready access to a doctor.

The C.D.C. recommends two doses of chickenpox vaccine for children: The first is administered to babies from 12 to 15 months old and the second to children ages 4 through 6.

Those who have never had the vaccine may still receive it after being exposed to the virus, ideally within three days, to either prevent the illness or lessen its severity.

Chickenpox outbreaks have declined greatly since 1995, when the chickenpox vaccine became available. It has been shown to be about 90 percent effective at preventing the virus.

All 50 states have laws requiring school immunizations, but in 45 states and Washington, D.C., parents who object for religious reasons are exempt from the vaccine requirements, according to the Immunization Action Coalition.

Eighteen states permit parents to seek exemptions for personal or philosophical reasons. A study published in June in PLOS Medicine found that the states that permitted both religious and personal exemptions had a rise in the number of enrolled kindergartners with nonmedical exemptions since 2009.

“Some people think that natural immunity obtained by getting sick with infections is better or safer than the immunity provided through immunization,” Dr. Mullendore said. “However, vaccine-preventable diseases are not benign and can lead to serious illness, something that is not seen with immunizations.”