Cat diseases have $6 billion impact on human health in Australia 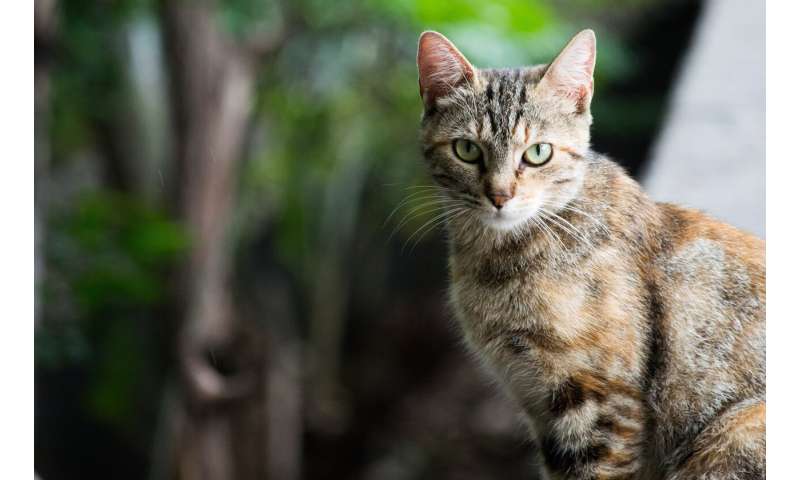 Some cat-dependent diseases can infect humans, with sometimes severe and tragic health consequences.

A new study, published in Wildlife Research, has quantified the human health impacts and costs of cat-dependent diseases in Australia for the first time.

The study found that these diseases cause over 500 deaths and 11,000 hospitalisations in Australia each year and are costing the Australian economy $6 billion per year.

The research was undertaken by the Threatened Species Recovery Hub of the Australian Government’s National Environmental Science Program.

Lead author Professor Sarah Legge from the Australian National University and the University of Queensland said that if there were no cats in Australia we would not have these diseases.

“Toxoplasmosis, cat round worm and cat scratch disease arrived in Australia with cats, in 1788. The pathogens that cause these diseases depend on cats for part of their life cycle, so without cats, these diseases wouldn’t be here,” Professor Legge said.

“We looked at the rates of these diseases in Australia, their health effects, the costs of medical treatment, lost income and other reasonable related expenses.

“We found that toxoplasmosis is the cat-dependant disease with the greatest human health impact in Australia.

The disease is caused by a single-celled parasite called Toxoplasma gondii. People contract the parasite by eating undercooked meat that is infected with the parasite, or by accidentally eating a microscopic ‘oocyst’, which is like an egg. Infected cats release millions of these oocysts in their poo and they can last in the environment for up to 18 months.

“We estimate there are almost 130,000 new toxoplasmosis infections in people in Australia each year.

“Many infected people appear asymptomatic or have symptoms that are easily misdiagnosed as a flu, but immunocompromised people such as cancer patients can get very sick and even die.

“If a woman contracts the parasite while pregnant it can cause miscarriage or life-long congenital impacts for her unborn baby, including hearing, vision and intellectual impairment.

“Some of the most insidious effects of the Toxoplasma gondii parasite come from the possible long-term effects on behavior and mental health.

Cat scratch disease is a bacterial infection (Bartonella henselae) that can be passed to humans if they are bitten or scratched by an infected cat. Symptoms can include sores, fevers, aches and swollen glands.

“We estimate that at least 270 people per year are hospitalized in Australia due to cat scratch disease, but we suspect the number of affected people is higher because the disease is under-reported.”

Cat round worm (Toxocara cati) infections are contracted by accidentally eating the parasite’s egg that is released into the environment in the poo of infected cats. Most cat round worm infections cause mild symptoms, but the migration of the larvae through the body can cause tissue damage, which can be serious if it occurs in a place like the eye or heart.

According to study co-author Dr. John Read from the University of Adelaide, “As a community we can reduce the human infection rates of all these cat-dependent diseases by reducing the number of feral and free-roaming pet cats in residential areas in Australia.

“Feral cats around towns are a disease reservoir. People can keep the feral cat population down by: not feeding strays or letting them access bins; desexing pet cats by 5 months; and supporting local government initiatives to manage cats.

“Pet cats can also harbor and spread these diseases. Pet cats that are allowed to roam outside are exposed to a range of pathogens so will be more likely to cause disease in people as well as in the cats themselves.

“The best thing pet cat owners can do to lower the risk of these diseases to themselves and their families is to keep their cats contained 24 hours per day. Over 30% pet cats in Australia are already kept indoors or in secure outdoor cat runs at all times by their owners; we need to increase that proportion,” Dr. Read said.