Cancer test labs to have higher level of scrutiny 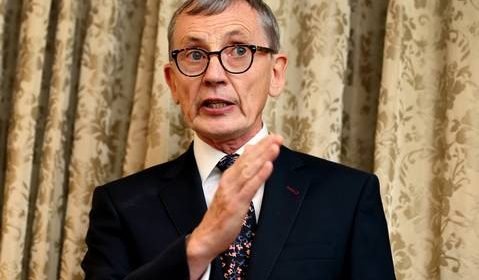 Laboratories commissioned to carry out screening tests for CervicalCheck are to be subject to more monitoring and quality assurance rules.

The proposal is contained in a new plan to implement the recommendations of the report into the CervicalCheck scandal carried out by Dr Gabriel Scally.

Central to the changes will be more oversight of laboratories which are at the centre of audits showing women who developed cervical cancer had previously received wrong smear test results.

Mr Scally’s report was published in September and the implementation plan has been approved by Government.

His report said the laboratories used by CervicalCheck were safe but he was scathing about the screening programme’s quality assurance systems.

The laboratories had also not been visited for four years.

The plan comes as the 221+ support group, representing CervicalCheck victims, criticised Health Minister Simon Harris for calling off a meeting he was due to have with them yesterday, only telling them of the cancellation on Monday evening.

Mr Harris, who had to be in the Seanad to hear the debate on proposed abortion legislation, apologised for the cancellation.

Under the implementation plan, the HSE is to carry out market soundings every four years so that it does not become reliant on a small number of laboratories.

It also proposes to improve quality assurance systems after they were severely criticised in the Scally report.

The plan, which sets out 126 actions, also promises to have a firm policy of open disclosure.

The Scally report said the existing policy by the HSE and State Claims Agency was contradictory and unsatisfactory.

The implementation plan refers to the Patient Safety Bill, the general scheme of which was published earlier this year and is currently being drafted.

The establishment of an independent patient safety council, which will undertake a review of open disclosure policies, is in progress.

The plan which has been evaluated by Dr Scally has suggested some timelines may be too ambitious.

Mr Harris said the development of the plan was overseen by the CervicalCheck steering committee, established in June to provide oversight and assurance in relation to managing the response to the CervicalCheck issues.

The next step is to introduce HPV testing to reduce the chances of wrong test readings after slides are sent to laboratories.

In future, the HPV test will be the primary screening test and women whose samples show HPV infection will be triaged using cytology to determine if there are any abnormal cell changes.

The extent to which HPV testing can be done in Ireland is being assessed but some tests will again have to be outsourced to labs abroad.