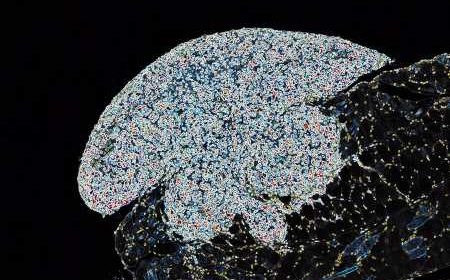 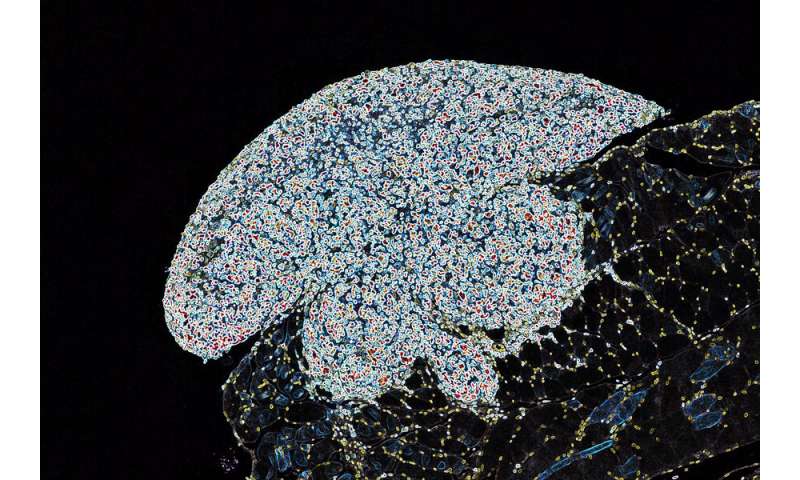 Cancer therapies that target specific molecular defects arising from mutations in tumor cells are currently the focus of much anticancer drug development. However, due to the absence of good targets and to the genetic variation in tumors, platinum-based chemotherapies are still the mainstay in the treatment of many cancers, including those that have a mutated version of the tumor suppressor gene p53. P53 is mutated in a majority of cancers, which enables tumor cells to develop resistance to platinum-based chemotherapies. But these defects can still be exploited to selectively target tumor cells by targeting a second gene to take down the tumor cell, leveraging a phenomenon known as synthetic lethality.

Focused on understanding and targeting cell signaling in cancer, the laboratory of Michael Yaffe, the David H. Koch Professor Science and director of the MIT Center for Precision Cancer Medicine, seeks to identify pathways that are synthetic lethal with each other, and to develop therapeutic strategies that capitalize on that relationship. His group has already identified MK2 as a key signaling pathway in cancer and a partner to p53 in a synthetic lethal combination.

Now, working with a team of fellow researchers at MIT’s Koch Institute for Integrative Cancer Research, Yaffe’s lab added a new target, the gene XPA, to the combination. Appearing in Nature Communications, the work demonstrates the potential of “augmented synthetic lethality,” where depletion of a third gene product enhances a combination of targets already known to show synthetic lethality. Their work not only demonstrates the effectiveness of teaming up cancer targets, but also of the collaborative teamwork for which the Koch Institute is known.

P53 serves two functions: first, to give cells time to repair DNA damage by pausing cell division, and second, to induce cell death if DNA damage is too severe. Platinum-based chemotherapies work by inducing enough DNA damage to initiate the cell’s self-destruct mechanism. In their previous work, the Yaffe lab found that when cancer cells lose p53, they can re-wire their signaling circuitry to recruit MK2 as a backup pathway. However, MK2 only restores the ability to orchestrate DNA damage repair, but not to initiate cell death.

The Yaffe group reasoned that targeting MK2, which is only recruited when p53 function is absent, would be a unique way to create a synthetic lethality that specifically kills p53-defective tumors, by blocking their ability to coordinate DNA repair after chemotherapy. Indeed, the Yaffe Lab was able to show in pre-clinical models of non-small cell lung cancer tumors with mutations in p53, that silencing MK2 in combination with chemotherapy treatment caused the tumors to shrink significantly.

Although promising, MK2 has proven difficult to drug. Attempts to create target-specific, clinically viable small-molecule MK2 inhibitors have so far been unsuccessful. Researchers led by co-lead author Yi Wen Kong, then a postdoc in the Yaffe lab, have been exploring the use of RNA interference (siRNA) to stop expression of the MK2 gene, but siRNA’s tendency to degrade rapidly in the body presents new challenges.

Enter the potential of nanomaterials, and a team of nanotechnology experts in the laboratory of Paula Hammond, the David H. Koch Professor of Engineering, head of the MIT Department of Chemical Engineering, and the Yaffe group’s upstairs neighbor. There, Kong found a willing collaborator in then-postdoc Erik Dreaden, whose team had developed a delivery vehicle known as a nanoplex to protect siRNA until it gets to a cancer cell. In studies of non-small cell lung cancer models where mice were given the MK2-targeting nanocomplexes and standard chemotherapy, the combination clearly enhanced tumor cell response to chemotherapy. However, the overall increase in survival was significant, but relatively modest.

Meanwhile, Kong had identified XPA, a key protein involved in another DNA repair pathway called NER, as a potential addition to the MK2-p53 synthetic lethal combination. As with MK2, efforts to target XPA using traditional small-molecule drugs have not yet proven successful, and RNA interference emerged as the team’s tool of choice. The flexible and highly controllable nature of the Hammond group’s nanomaterials assembly technologies allowed Dreaden to incorporate siRNAs against both XPA and MK2 into the nanocomplexes.

Kong and Dreaden tested these dual-targeted nanocomplexes against established tumors in an immunocompetent, aggressive lung cancer model developed in collaboration between the laboratories of professor of biology Michael Hemann and Koch Institute Director Tyler Jacks. They let the tumors grow even larger before treatment than they had in their previous study, thus raising the bar for therapeutic intervention.

Overall, these data demonstrate that identification and therapeutic targeting of augmented synthetic lethal relationships—in this case between p53, MK2 and XPA—can produce a safe and highly effective cancer therapy by re-wiring multiple DNA damage response pathways, the systemic inhibition of which may otherwise be toxic.