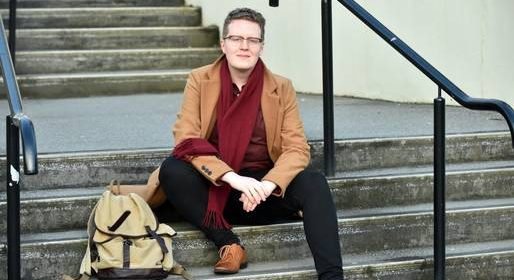 When Damien McClean talks about college life – about the happy years he spent as a mathematics student at Trinity College Dublin – his words may fail to register with former students of an older hue.

Visits to the pub were comparatively infrequent, getting together over steaming cups of coffee were just as common. And if other generations of late teens/early 20s fully embraced a drink-to-get-drunk culture, it was one that was utterly alien to McClean and to many of his peers.

The 25-year-old welfare officer at the Union of Students of Ireland says years of “messaging” about the destructive nature of heavy alcohol consumption has hit home and he believes he and his friends have been lucky to grow up in an era where personal choice is paramount in Ireland – and that includes attitudes towards drinking too.

“If you go out for a night and decide you won’t drink, or you’ll just have one or two, people don’t put pressure on you to drink or to drink more. It just isn’t seen as cool to do that, and a lot of it is down to the way we see personal choice. That’s been reflected in Ireland when you look at the decisive results of the referendums on same-sex marriage and abortion.”

McClean says more frequent conversations on mental health have resulted in a new generation feeling differently about alcohol than even those 10 years their senior might have experienced.

“The problems that alcohol can cause aren’t swept under the carpet for this generation,” he says. “They’re out in the open. People can talk about their mental health in a way that might not have been possible before and if you see someone in your company who chooses not to drink, you accept their position because there might be a reason why they’re not drinking.”

While it’s true that Ireland’s average per capital alcohol consumption figure is down from a 2001 high of 14.3 litres, the numbers have been steadily creeping up again. It now stands at 11.15. And young people are among those helping to push up the figures, according to Alcohol Action Ireland’s Head of Advocacy, Eunan McKinney. “We’re still an outlier when it comes to binge drinking,” he says. “We’re the number one in Europe. And it’s not surprising when you consider that 90,000 people under the age of 18 have experienced drunkenness. Three quarters of 16 to 17-year-olds are drinking significantly, and that’s before they even reach the legal age.

“The quantity of alcohol per capita had gone down during the recession, but it’s been going up again with the recovery. When there’s more disposable income, people will spend it – and the widespread availability of alcohol is a real problem.”

McKinney says there is a slight rise in the number of people – including those in their late teens and early 20s – who have opted not to drink alcohol at all, but he believes the message isn’t getting through as well as it should be.

Jade Gill is a 19-year-old from Longford who is studying psychology at the University of Limerick and she says alcohol-safety campaigns aren’t as prominent as some might imagine.

She has been legally able to drink for just over a year, and echoes Damien’s sentiments about the social life of college not revolving around the pub. “You might just as easily spend a few hours in a cafe as you would in a pub,” she says.

She has also found that there is little social pressure to drink and if you don’t wish to partake, you’re not judged.

“It’s hard to compare it with other generations because this is all I know, but it feels as though you can go out and have a good time and not drink if you want to. But it is college life after all, so often people want to go and have a couple of drinks.”

She says that when she and her friends are going out for a “casual drink”, they tend to have a beer or cider. “But when going ‘out out’, far more people would drink spirits. And in Limerick, almost every bar or nightclub seems to have drink promotions or free drinks for the first set amount of people to enter.”

There are other trends, too, that may seem a little alien to older generations. “There’s definitely a huge emphasis placed on ‘prinking’ – pre-drinking in order to reduce the amount of drink we have to buy when we do go out to the pub. Many people tend to buy knock-offs of more expensive alcohol brands from Lidl or Aldi.

A third year University College Dublin arts student, who does not wish to be named, says he and his friends “rely” on discount supermarkets “and cheaper offies [off-licences]” for their alcohol fix. “If our generation is drinking less than any other, I’d be thinking: ‘Just how much did everyone drink before?’ Maybe it’s just me and my friends, but it’s a pretty broad cross-section – male/female, Dublin/outside Dublin – and we’d go through a lot most weeks.”

Despite his own views on alcohol, the student notes that several of his acquaintances are teetotal, or almost never drink.

“I went to a school where rugby was the be-all and end-all and there was an attitude among some of them that alcohol was poison. It was all about getting your body right, eating well and working out. There’s still a bit of that attitude here [in college], especially if you play sport.”

But that’s not the norm, he insists. “Irish people like to drink and my generation [he’s 20] are no different. But we’re probably drinking in a different way than our parents did. Pubs aren’t as important. College is expensive, so most of my peers just don’t have the money to go to pubs all the time. We’d usually have people over to each other’s gaffs and there would be slabs of beer [in packs of up to 24 units]. That’s by far the cheapest way of having beer – and works out at less than €1 for a 500ml can. That’s five or six times cheaper than you’d end up spending in a bar or club for the same drink.”

And it’s that very attitude that concerns Alcohol Action’s Eunan McKinney. “There’s no doubt that easily accessible, low-cost alcohol is pushing up consumption rates among young people. They might have €25 to spend on alcohol in a week, and that’s why they’re going for slabs.”

He says that’s it’s imperative that the Public Health Alcohol Act – which passed through the Oireachtas after more than 1,000 days last month – will have to address minimum cost.

“Slabs that are now €24 could go up to €38. If you have finite amount of money to spend and the alcohol becomes more expensive, then hopefully you’ll end up drinking less.

“The rates of consumption did go down, but they’ve been going up again for a number of years now and we have to be very careful not to lose sight of that fact.”