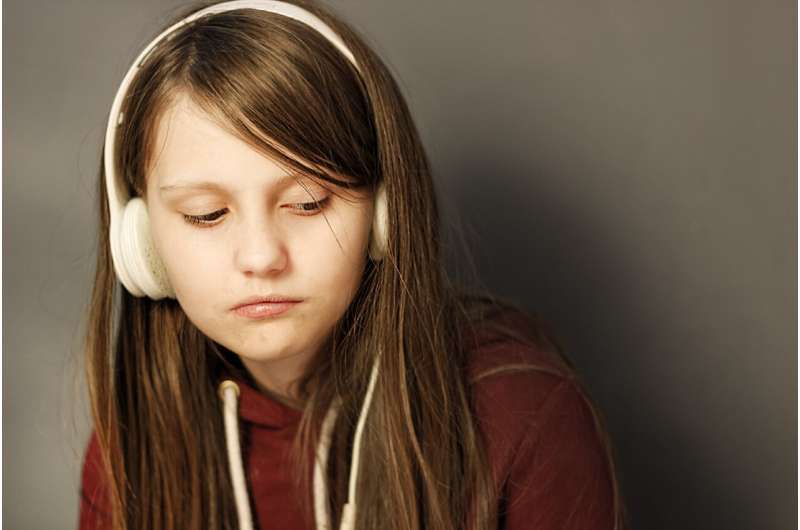 A team of researchers at Stanford University has found that at approximately age 13, teenagers’ brains begin responding more strongly to voices that are not their mother. In their paper published in The Journal of Neuroscience, the group describes how they built on their prior research to learn more about the ways adolescents mature into independent people.

In 2016, the same team conducted a research effort that involved studying the brains of children as they responded to their mothers’ voices. They found that young children could not only accurately identify their mother’s voice, but that hearing it triggered a host of processing areas in the brain. In this new effort, the researchers expanded on these findings by conducting similar tests on the brains of children as they grew into adolescence.

The new work involved making audio recordings of volunteer mothers saying nonsense words. The researchers then played the recordings for the teenage offspring of the mothers during fMRI scans, which highlighted the parts of the brain that were activating. The researchers also played other random sounds and the voices of people that were not known to the volunteers.

They found that the teens still accurately recognized the voices of their mothers, but when they reached a certain age, generally around 13 to 14, their brains began responding less excitedly to recordings of their mothers’ voices and more so when hearing the voices of other people. Eventually, they responded more to unknown voices than to their mother’s voice. More specifically, they found that the voice-selective superior temporal sulcus became more active in the teens as they grew older when hearing almost any voice.