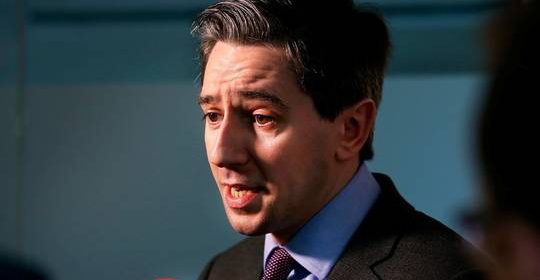 Army ambulances and staff are being drafted in to provide cover for patients today as up to 500 HSE paramedics stage strike action.

Defence Forces’ ambulances and trained crew will be based in the east and southern regions.

The body is affiliated to the Psychiatric Nurses Association (PNA).

The row centres on the demand by Nasra that the HSE should deduct its union subscriptions at source.

Siptu is not involved in the action.

The HSE is resisting and saying it recognises Siptu, Unite and Fórsa for staff in the service.

In particular Siptu is the recognised trade union for front-line staff, said the HSE.

“Recognition of other associations or unions would undermine the positive engagement that exists and would impair good industrial relations in the national ambulance service.”

It said managers who are qualified paramedics will be carrying out frontline duties today also.

Meanwhile, patients who are scheduled for surgery or outpatient appointments as well as other procedures on January 30 are expected to begin getting notices of cancellation in the coming days.

It follows the failure of talks to resolve the separate nurses’ dispute which remained deadlocked yesterday.

It has now been referred to the Workplace Relations Commission, which mediates between parties involved in industrial relations disputes.

The Irish Nurses and Midwives Organisation (INMO), whose members are to strike on that date, said HSE and Department of Health officials made no offer yesterday.

The unions are demanding pay rises to address the problems of retention and recruitment of nurses.

The nurses’ unions chose to refer the dispute to the Workplace Relations Commission.

This was agreed to by management.

Talks are set to begin tomorrow.

The unions have so far refused to call off the proposed strike and no suspension will be triggered until progress is made.

The PNA is to impose a ban on overtime on January 31.

Both unions have a further campaign of industrial action planned for February.

INMO general secretary Phil Ní Sheaghdha said after yesterday’s meeting that “all the indications seem to be there is no real intent or focus on resolving the dispute”.

She warned contingency plans which are being drawn up for January 30 will see all non-emergency surgery and outpatient clinics cancelled.

If the strike goes ahead the nurses will lose general pay rises later this year, increases for newer entrants due to come in April and also the payment of increments.

The Government has said it cannot agree to the nurses’ demand, which would cost €300m.

It said it would lead to knock-on claims by other public service groups.

The threatened action comes as hospitals remain under huge pressure from the trolley crisis. There were 486 patients on trolleys waiting for beds yesterday. University Hospital Limerick was hit the worst.