Another disease of the heart, for which you need to eat less salt 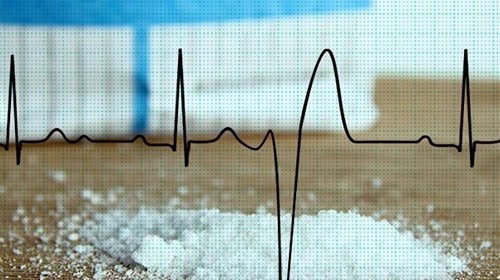 A diet high in salt may increase the risk of spread of a dangerous heart rhythm disorder – atrial fibrillation.

Afib or atrial fibrillation is a rhythm in which the muscle fibers of the Atria is chaotic and inconsistent decrease with frequency 350-700 beats per minute. Heart rhythm becomes irregular. The main danger of this type of arrhythmia the increased risk of stroke and heart failure. From atrial fibrillation affects up to 2% of the population.

In the new study involved 716 men and middle-aged women from Finland, they were followed on average for 19 years. During this period, 74 participants were diagnosed with atrial fibrillation. The results of the study were published in the journal Annals of Medicine.

Scientists point out that it is only about the Association of these phenomena, this study does not show causation.

This study is the first evidence that excessive salt intake, in addition to all other risks for the cardiovascular system, can increase the risk of atrial fibrillation. Though further confirmatory studies, our results already show that people with an increased risk of atrial fibrillation should limit consumption of salt – says the study’s author, Paakko Tero (Tero Paakko) from a Finnish University of Oulu (University of Oulu).

The likelihood of developing atrial fibrillation increases with age, and this disease affects about 7% of people aged 65 years.

Given that three quarters of salt consumed is contained in processed food, reducing salt intake by the population may reduce the risk of atrial fibrillation and cardiovascular diseases in General, says PAKKO.