An additional 5.4million babies are thought to have been born in China in the first 18 months after it abandoned its one-child policy.

With its population approaching one billion, the Chinese government introduced the controversial legislation in 1979.

Officials estimate this prevented 400million births, however, critics argued it went against human rights and encouraged sex-selective abortions in favour of boys.

With fears China’s ageing population would slow its economic growth, officials announced a two-child policy in October 2015, which came into effect on January 1 the following year.

Although 5.4million extra births may sound a lot, it is far short of the 20million a year target.

Researchers from Peking University warn even if the 20million target was reached, it would have a ‘limited impact on China’s long term demographic future’.

Experts fear the country’s workforce could start shrinking in around 30 years. 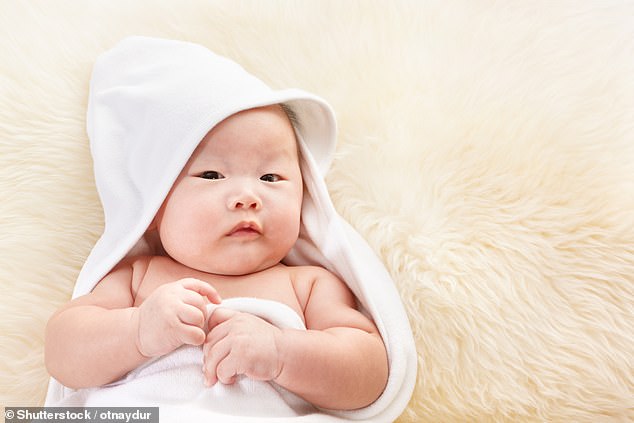 An additional 5.4 million babies are thought to have been born in China in the first 18 months after it abandoned its controversial one-child policy on January 1 2016 (stock)

If the one-child policy was allowed to continue, more than a quarter of China’s population was predicted to be over 65 by 2050.

A rise in pensioners and fall in workers was feared to halt China’s growing economy.

The two-child policy specifically targets the 90million women in China who are of a reproductive age and already have a child, the researchers wrote in The BMJ.

The impact of the change over the first 18 months has been much debated, with estimates ranging from an additional million births a year to an extra 20million.

Concerns also arose over older women becoming pregnant, which comes with a higher risk of complications.

To better understand this, researchers led by Professor Jie Qiao analysed birth rates and ‘health-related birth characteristics’ before and after the policy change.

Using two national databases, these were measured up to June 2016, nine months after the two-child policy announcement, and between June and December 2017.

The results are based on 67.8million births in 28 of mainland China’s 31 provinces.

The researchers estimate there were an additional 5.4million births in the first 18 months after the policy change came into effect.

For the first time, the number of births among women who already had children exceeded first-time mothers.

The policy was also associated with a 59 per cent increase in births among women aged 35 or older. There was no rise in the number of premature deliveries, which is more of a risk in older mothers.

The researchers also noted a slight decrease in C-sections among first-time parents.

During the one-child policy, most C-sections were elective, the researchers wrote. The legislation change may have brought about a shift in preference towards vaginal births, they added.

Despite this, the authors wrote: ‘More work is needed to document and ensure the health of an increasingly older maternal population of second-time mothers in a nation where caesarean delivery rates are high.’

The results also show the rise in births plateaued towards the end of the study period. This suggests the effects of the policy change may not be sustained, the researchers added.

Overall, the results reveal births increased in response to the legislation change ‘albeit not as much as some policymakers hoped’, they wrote.

‘Even reaching this target of 20 million, the excess births associated with the universal two-child policy would have limited impact on China’s long term demographic future,’ they added.

‘Particularly on the anticipated workforce shrinkage in about 30 years.

‘Although the excess births could postpone the arrival of the negative population growth predicted by many demographers.’ 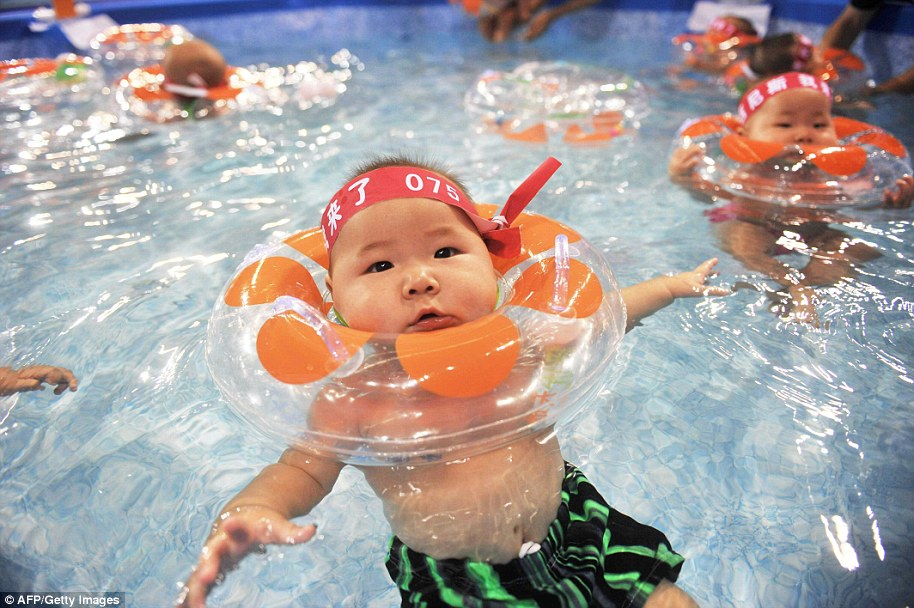 For nearly 40 years, each Chinese couple was only allowed to have one baby due to the country’s strict one-child policy (file photo)

In the 1950s after the Communist Party of China took over the country, Mao Zedong, the first Chairman of People’s Republic of China, believed in the phrase ‘there is strength in numbers’.

The powerful leader encouraged post-war Chinese women to give birth to more children. He awarded those who have more than five offspring the shining title of a ‘glorious mother’.

In order to control the quickly expanding population, the State Council of China unveiled a revolutionary family-planning guideline in 1973, encouraging couples to have a maximum of two children, with a four-year gap between the pair.

A decade later, a mandatory one-child policy was launched with the aim of keeping the Chinese population under 1.2 billion at the end of the 20th century.

The ruthless policy was strictly enforced in urban areas.

If a woman was pregnant with her second child, she would be asked to abort it.

If the couple decided to keep it, a fine would be applied – usually three times the family’s annual income.

Selective demographics in the country, such as rural residents and minority groups, however, were not bound by the policy.

On January 1, 2014, the Chinese authorities launched a so-called ‘selective two-child policy’, which allowed couples to have a second baby as long as either of them is a single child.

Chinese family-planning authorities predict that an extra three million babies would be born annually between 2016 and 2021 due to the shift of the policy.