A week of revelations – so what do we know now about the Children's Hospital cost overrun? 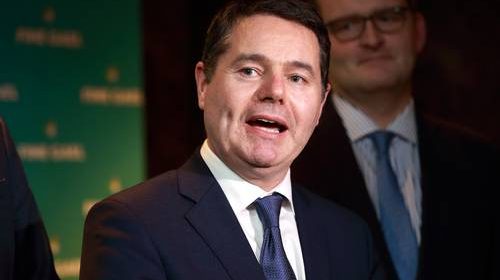 We’ve been talking about the Children’s Hospital all week – what is going on?

The new National Children’s Hospital is being built at St James’s Hospital in Dublin 8. It was signed off by the Government in 2017 at a cost of €983m. That was a landmark decision because the hospital has been something of a jinxed project with repeated delays over two decades.

But last December, the Government signed off on the next phase of works and a revised cost of the project was now €1.4bn – a rise of €450m for construction costs.

How the figure rose so dramatically and when the Government became aware of the problem are questions that have dominated the political agenda this week.

What happened this week?

Various documents have been released including minutes of meetings of the board steering the project, memos sent to Health Minister Simon Harris and correspondence between the two relevant departments, the Department of Health and the Department of Public Expenditure and Reform. Two Dáil committees questioned Mr Harris and Finance Minister Paschal Donohoe, as well as officials, on the controversy.

Do we know how costs spiralled by €450m?

Critically, no. In the tranche of documents released we can see where the increases hit. This includes an increase of more than €26m in design team fees, a hike of €12m for the extension of National Paediatric Hospital team, specialist consultants and construction management team. The increase in the maximum price for construction costs represented the main increase of €318m.

How those costs increased has not yet been pinned down. The Government has drafted in PwC to review the escalation and that is due to be delivered on March 29.

So what did we find out?

The documents shed light on how this issue was brought to the attention of those who needed to know about it.

The most troublesome memo for the Government is one dated August 27 which shows that Mr Harris was aware of a potential cost overrun of up to €391m. That related to a €191m increase in construction costs and a separate claim of €200m made by the contractors. That claim was challenged by officials.

Mr Harris set in motion a process which was designed to get to the bottom of just how much the hospital would now cost and this was completed in November, which is when he says he told the Taoiseach and Finance Minister about the runaway budget.

Does this spell trouble for the Government?

For now it appears Brexit is saving the Government from an election. Fianna Fáil said because of it, normal politics does not apply at the moment.

Will we still get our new Children’s Hospital?

Yes, the project will still go ahead. Crucially nobody is suggesting the project be halted or scrapped.