PARIS – What does home smell like? Byredo’s Ben Gorham and Ikea collaborated on a project to ascertain that notion, and their findings were channeled into a scented candle line, called Osynlig – Swedish for “invisible.”

To some it might seem an unlikely pairing: the founder of one of niche perfumery’s most exclusive lines and the maker of sleek yet affordable home furnishings. But in fact there are numerous commonalities. For one, each has a fascination with invisible design. And, of course, there’s the Swedish connection.

“Being born and raised in Sweden, Ikea has essentially been part of my life,” said Gorham. “Since birth, like most Swedish people, it’s affected and been a part of our homes in one way or another. So the opportunity for me to work with Ikea is extremely exciting.”

Each one of the 13 Osynlig candles, meant to be mixed and matched, comes in a hand-formed, glazed ceramic vessel with an embossed triangle chosen to signify traditional fragrance composition, with top, middle and base notes. Every container, meant to be reused, is glazed with two colors that Gorham chose to represent the ingredients of the candle it contains.

The line is divided into fresh, floral and woody categories. Candle formulations mix notes like fig and cypress, cotton flower and apple blossom, tea leaves and verbena, and pomegranate and amber.

The Return of Elsa Peretti for Tiffany & Co

Whereas Byredo’s scents are conceived with a highly personal, subjective take, Osynlig’s are created in a 180-degree different manner. 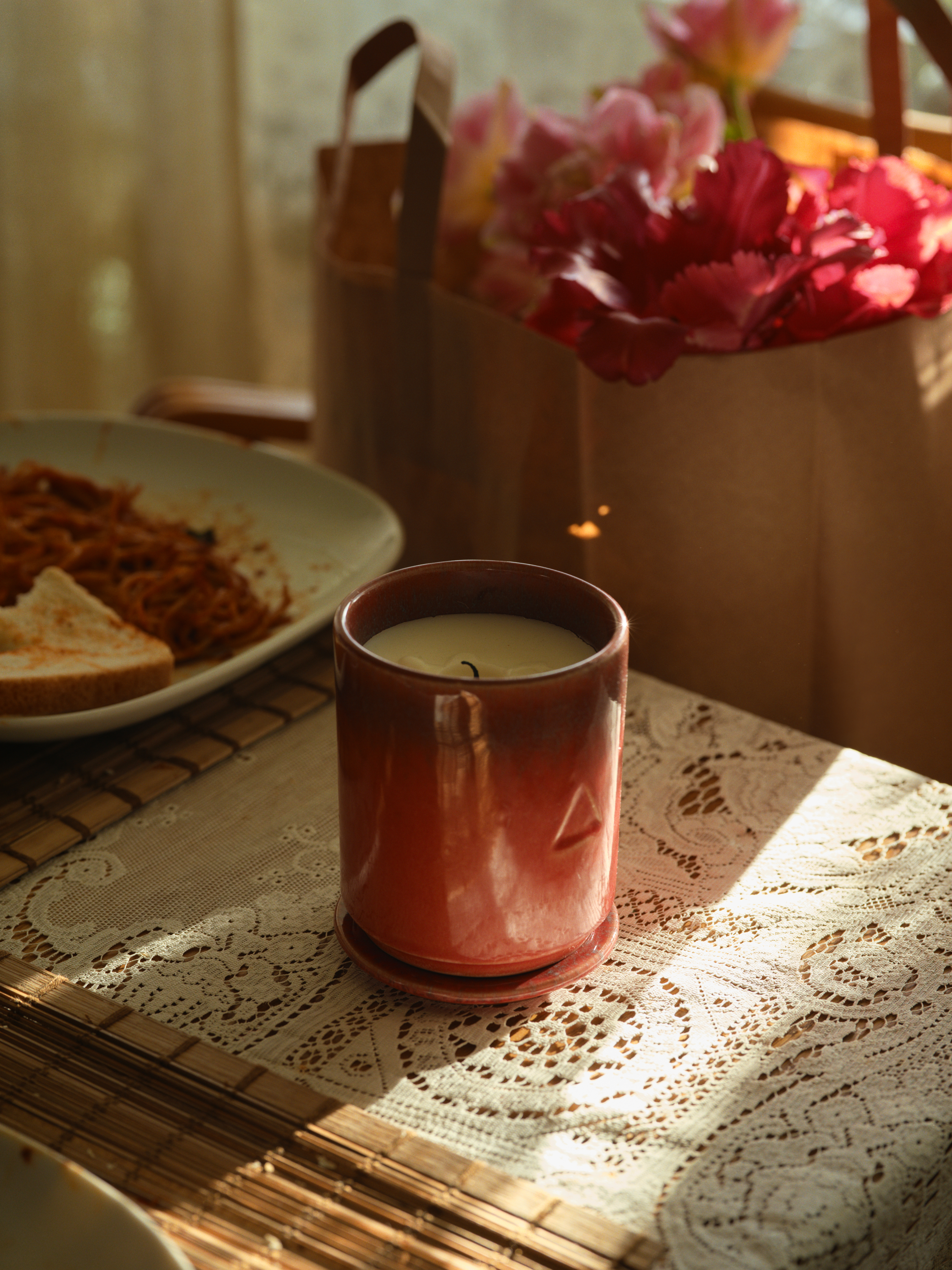 From the Osynlig collection Courtesy of Ikea

“The concept was to understand what type of smells people associated with the home, and that’s how we built our library of raw materials [that] we used to blend the different fragrances,” said Gorham. “Each fragrance was the result of insight on what emotions people experience when it came to thinking about smell and home.

“In this project with Ikea, not only have I been able to utilize the process and the philosophies of the Ikea organization and structure, we’ve also been able to approach the idea of smell in the home as a completely democratic process,” he continued, explaining that included involving students from the Royal College of Art in London and focus groups to understand how it’s possible to create a spectrum of smells that appeals to a large group of people.

“The idea was to collect as much data across age, gender, background and geography,” said Gorham.

“We’ve learned a lot from extensive research carrying out home visits around the world,” said James Futcher, creative leader at Ikea. “Our surveys show that smell and scent is most associated with the home. Over 40 percent [of people] think that their homes have their own recognizable scent.”

“We started to see that an 18-year-old girl’s reflection about smells in the home resonated with that of an 80-year-old man in Japan,” said Gorham. “Scent is interesting in that way, in that it also connects people and you have these common denominators. This project was about identifying some of those common denominators tied to people’s homes and then using those to make a collection of home fragrances that people can use.”

The Osynlig collection is to be launched in Ikea stores and through its online platforms in November in all markets worldwide except the Asia-Pacific region, which will start next year. 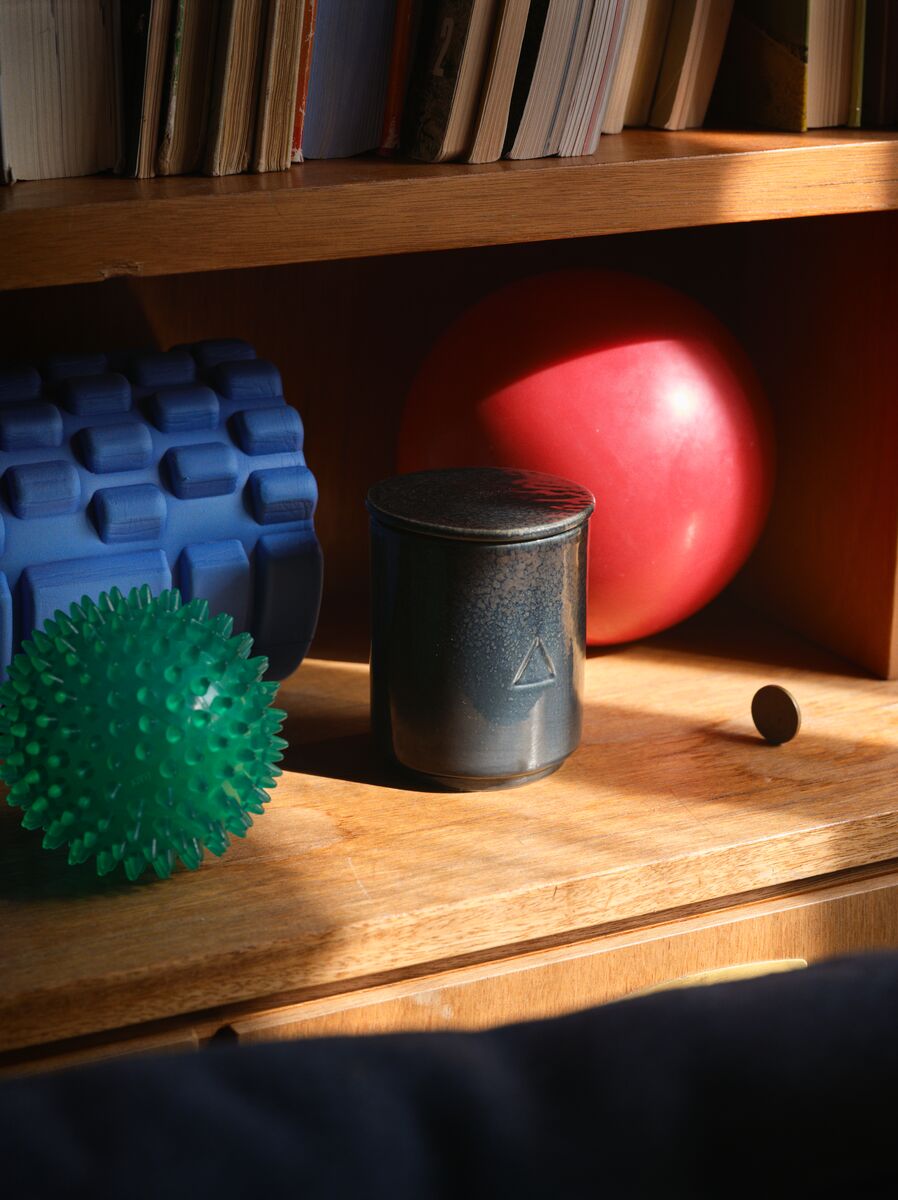 From the Osynlig collection Courtesy of Ikea

“I really enjoyed the idea of being able to make interesting products accessible to as many people as possible,” explained Gorham, adding Ikea was “one of the few [with which] I could actually develop and manufacture a product of this quality, yet make it available at that type of price point. For me, as a young entrepreneur, being able to tap into that, not only to learn but even just to actually bring product to market, was really interesting.”

For the home-furnishings maker, like with all of its products, the Osynlig project started with the idea of “democratic design,” explained Futcher. That includes thinking of form, function, quality, sustainability and pricing.

“That’s what was super exciting with this collaboration with Ben, that we could democratize scent and make [it] available to many people,” said Futcher. “That’s where we decided to collaborate with Ben, to bring his expertise into the project and give him the space to really challenge us and see how we could come up with something interesting and different.”

“It really was a collaboration in the truest sense,” said Gorham, explaining they first started with the scent, then moved to the materials and shapes for the vessels.

The teams met in various locations, including the ceramic candleholder supplier in Vietnam.

“We were throwing ourselves into places, spaces and situations where we haven’t been before,” said Iina Vuorivirta, designer at Ikea.

All such experiences helped distill what a home smells like. With most people spending time more time in their houses and apartments these days due to the coronavirus pandemic, Osynlig is really of the moment.

“I don’t think any smell will be more indicative of 2020 than the smell of the home,” said Gorham. “Without a doubt.”