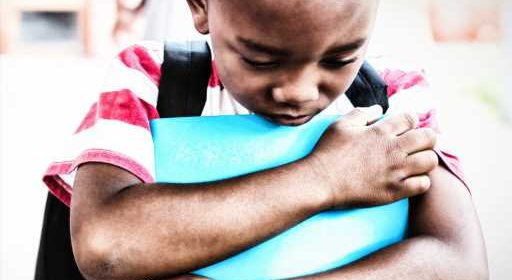 How does one adequately explain to students the harsh truth about the slave trade and slave ownership in America? The answer is far from simple. Unfortunately, many teachers have tried to be creative with this task, with offensive and even harmful results. One Nashville mother is suing her son’s school for a lesson in his class earlier this year, and now she says that the school district is retaliating against her.

This all began in February, when a student-teacher at Waverly Belmont Elementary School gave her fourth-grade class an assignment titled “Let’s Make a Slave,” using a letter called “The Making of a Slave” purported to be from a slave owner named Willie Lynch in 1712, according to the Nashville Tennessean. The letter, which instructs other slave owners on ways to keep their enslaved people subservient (with instructions like “keep the body, take the mind”), has actually been discredited as an anachronistic fake by historians, though it still gets cited in speeches, hip-hop songs, and pop culture. For the assignment, students had to recite the letter and then pretend to be slaves by huddling under their desks.

At the time, many parents decried the lesson as inappropriate for children that age, and the student-teacher, who is Black, was fired. The supervising teacher was put on leave at first, but he is back to teaching now. That’s not good enough for a Black mother known only as Jane Doe in the lawsuit, which states that her son, who has autism, was subjected to a “racially hostile educational environment.” She said that the assignment made her son fear that his family was going to be separated or set on fire.

After filing this lawsuit in early November, Jane Doe said that Metro Nashville Public Schools fired her from her job at its central office and demoted her to a teaching position (at lower pay). Now she’s filed another suit saying that the schools violated her First Amendment and due process rights.

While the school district has expressed regret over the slavery assignment, they say the elimination of Jane Doe’s position was purely a matter of budget.

Maybe some of you are reading this and wondering why it was necessary to sue the school over the incident. We don’t have any further knowledge about this boy or what he went through. But what we do know is that we keep hearing these stories over and over again, coming from all over the country. There was the private school in New York that held a mock slave auction,  the South Carolina school that had 10-year-olds pick cotton, and recently another South Carolina teacher asked kids to write journal entries from the perspective of a slave or a slave owner. If schools and teachers aren’t learning from these horrifying headlines, we can see why parents have turned to the courts to amplify the issue.

On the other end of the spectrum, the Southern Poverty Law Center reported in 2018 that some teachers are heavily glossing over this very important element of American history. The center’s Teaching Tolerance project tested high school students and found that only 8 percent knew that the Civil War was fought over slavery. At the root of the problem is in teaching standards and books that take a “timid” approach to the topic.

“State standards we looked at are simply confused,” Maureen Costello, the director of Teaching Tolerance, told NPR. “We celebrate the heroes who escaped slavery long before we explain to children what slavery was.”

If teachers are looking to remedy this problem, we suggest following the guidance of SLPC at Tolerance.org. Slavery isn’t a play to be acted out. Students won’t “get” it by being subjected to traumatizing words that their peers can later repeat in the playground. More likely, such a psychologically damaging atmosphere makes it harder for kids of color to learn. It’s a wound that still hasn’t healed, and while it’s absolutely necessary to teach kids about racism and slavery, these lessons need to be handled with care.

These celebrities are having difficult conversations with their kids about racism.