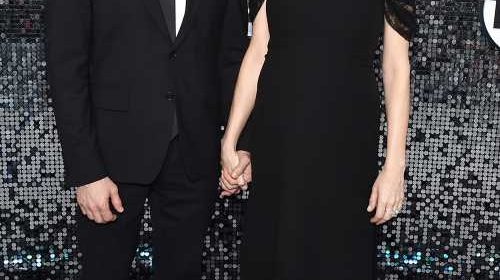 Michelle Williams and Thomas Kail have reportedly welcomed their first child together. The baby joins Williams' daughter Matilda, 14, whom she shared with late actor Heath Ledger.

The 39-year-old actress's pregnancy news first broke in late December, when PEOPLE confirmed that the four-time Oscar nominee and the Tony Award-winning director of Hamilton were expecting their first child — and engaged!

Her teenage daughter played matchmaker, a source told PEOPLE at the time.

Williams and Kail, 42, previously worked together on the series Fosse/Verdon, for which Williams won numerous accolades, including a 2020 SAG Award. In her acceptance speech, the then-expectant mother gave a sweet shout out to the director, who was also at the event, as well as her daughter.

"And that's just who you are and how you live, and you teach me just by being you," Williams added.

Although the private couple mostly keeps out of the spotlight, they did walk the Golden Globe Awards red carpet together in January, with Williams keeping her baby bump under wraps. "Michelle fell in love," a source later told PEOPLE. "She is happy and fulfilled and ready for another child."

The couple also sparked rumors about secret nuptials in March, after the director was photographed wearing a band on his wedding finger while out and about with Williams.

Williams has been candid in the past about finding love after Ledger's death in 2008. "I never gave up on love," she told Vanity Fair in 2018. "I always say to Matilda, 'Your dad loved me before anybody thought I was talented, or pretty, or had nice clothes.' "

Us Weekly was the first to report the birth.