The common cold, also known as rhinopharyngitis, is a type of respiratory tract infection caused by one of many types of virus.

It is an extremely contagious infection that is passed on through human contact, making it the most common infectious disease in humans. However, it is usually self-limiting and symptoms resolve without serious complications within about a week to ten days. Young children and the elderly may take longer to recover, as may smokers.

On average, adults suffer two or three colds a year, but children are more commonly affected, especially below the age of six years.

Children attending school may have up to ten colds a year. There is a higher incidence of colds in autumn (fall) and winter, as it is a season infection, although people may be affected at any time throughout the year. 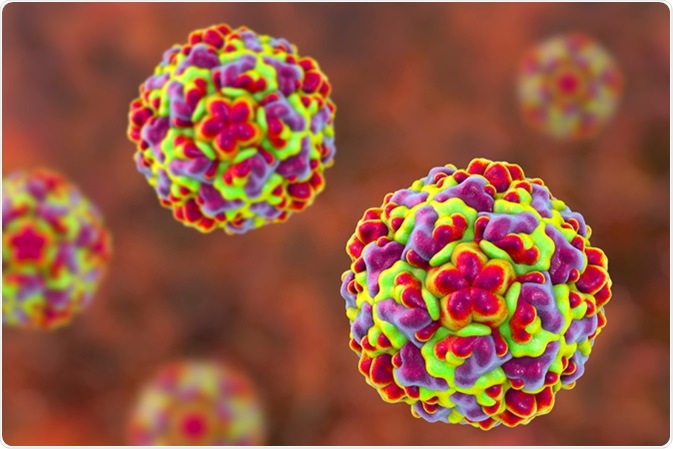 People with colds usually experience symptoms such as:

The common cold is usually caused by a rhinovirus that is transmitted through contact with the saliva or nasal secretions of someone already infected by the virus.

Sneezing or coughing cause the virus to spread and contaminate surfaces, which other people may touch and thus contract the virus.

Because the cold viruses are transmitted extremely quickly, it is essential that an effort be made to prevent the infection from passing on to other people.

Regular hand washing is recommended and people should be advised to avoid touching the face as far as possible.

The mechanical action of hand washing is the most important aspect of washing off the virus, as most soap and anti-bacterial washes have little effect on rhinoviruses.

Additionally, people who are affected by the common cold should take care to sneeze or cough with the face directed away from other people, into a clean handkerchief or tissue, and disposing of infected items correctly rather than leaving them about to cause contamination.

Each virus requires unique targeted antibodies to be prevented and it is not feasible to include all antibodies in an immunization for the common cold.

While common colds are usually harmless, they may sometimes lead to bacterial superinfection of the larynx leading to hoarseness followed by loss of the voice, ear ache and middle ear infection, and tonsillitis.

The common cold is self-limiting and in the vast majority of cases will resolve spontaneously after about a week. However, the symptoms may be quite debilitating and many people seek symptomatic treatment to manage the infection.
Patients should be advised to get plenty of rest and fight the infection, while keeping their fluid intake high. Antibiotics only target bacteria and cannot successfully eradicate viruses. As a result, their use in a viral respiratory infection is futile and should not be used.

Analgesics such as acetaminophen do not provide much relief of symptoms like headache, muscles aches and fever. However, these are widely recommended and used in the management of the common cold, being supposed to decrease the severity of these symptoms. Nasal decongestants also offer a tangible though small benefit for symptoms of congestion in the nose and associated headache in adults only. Humidification, gargles and plenty of fluids are part of traditional treatment but no statistical benefit can be offered.

Additionally, some natural compounds have been found to help in the management of upper respiratory tract infections. This includes Vitamin C, which is sometimes able to decrease the duration of a cold when taken in relatively high doses soon after the onset of symptoms. However, supplementation on a regular basis may be more beneficial in reducing the duration and severity of colds. Likewise, intake of zinc has been linked to fewer colds.

In most cases, people suffering from a common cold should be advised that their symptoms will resolve quite soon, and that they should rest in the meantime while their body fights the infection.