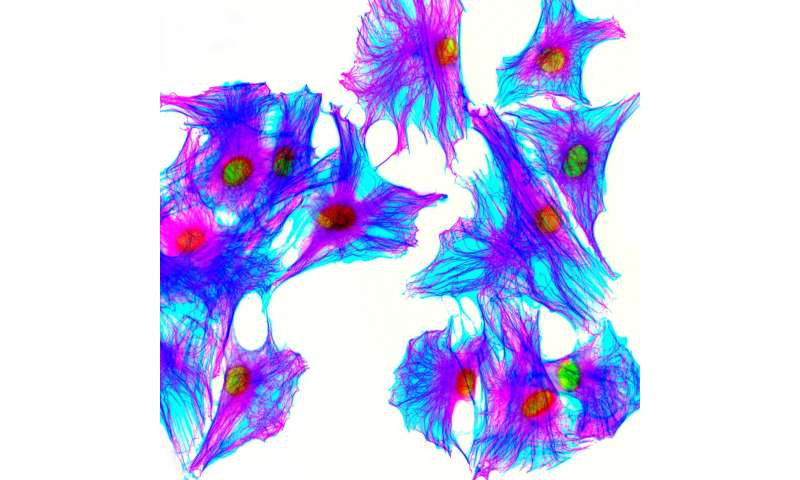 Common medical imaging procedures use low doses of radiation that are believed to be safe. A new study, however, finds that in human cell cultures, these doses create breaks that allow extra bits of DNA to integrate into the chromosome. Roland Kanaar and Alex Zelensky of Erasmus University Medical Center and Oncode Institute and colleagues report these new findings in a study published 16th January in PLOS Genetics.

Scientists have long known that exposing cells to high doses of ionizing radiation generates mutations by creating double-strand breaks that let in external segments of DNA. These extraneous fragments of DNA can occur in the nucleus, left over from natural processes, such as genomic DNA repair and viral infections. In the new study, researchers investigated whether low doses of ionizing radiation have damaging side effects by irradiating human and mouse cells grown in the lab. When they counted the cells that had taken up foreign DNA, they found that low doses of radiation, in the upper range of common diagnostic procedures, create mutations through inserted DNA even more efficiently than the much larger doses studied previously.

While the new results in cell cultures are potentially concerning, the study’s authors stress that translating radiation’s effects on lab-grown cell cultures to effects in the body is premature. Future experiments using animal models will be necessary to determine the full effects of low-dose radiation, and whether its use in medical imaging has an impact on patient health. If the same phenomenon does occur inside the body, then doctors may need to take into account levels of extraneous DNA, such those resulting from a long-term viral infection, when assessing a patient’s risk from a procedure that requires radiation.