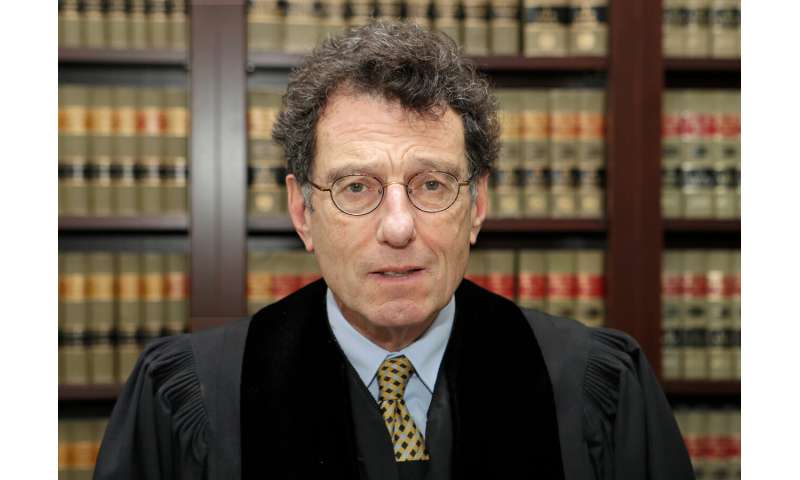 State and local governments suing over the toll of a nationwide opioid crisis agree that companies in the drug industry should be held accountable, but they have differences on who should have the power to strike any settlement, and how it should work.

Those disputes had been mostly in the background until this week, when a majority of the nation’s state attorneys general signed letters warning of problems with lawyers’ plans for creating a mechanism to divide any settlement money among nearly 25,000 local and county governments—if a deal can be struck.

But at a hearing on Tuesday, any public feud was paused.

Judge Dan Polster, who is overseeing lawsuits from nearly 2,000 municipal, county and tribal governments, agreed. After that, parties in the case and the state attorneys general will have time to respond to the reformulated plan. Polster scheduled a hearing on it for Aug. 6. At the hearing Tuesday, Polster called the matter “the most complex constellation of cases that have ever been filed.”

None of the lawyers in the courtroom objected to the delay.

Polster said he understands why city and county governments have filed their own lawsuits. “It’s the legacy of the tobacco settlement,” he said.

In the 1990s, states sued tobacco companies in cases with some parallels to the opioid cases. Local governments mostly stayed out of the litigation. In 1998, attorneys general worked out a settlement that by 2017 had paid states a total of $126 billion, according to the Public Health Law Center, with less than 1% of that amount going to anti-smoking programs. Other funds went to shore up state budgets and other causes.

But attorneys general say that giving local governments too much authority complicates the opioid litigation. So far, 48 states have filed some kind of legal action against at least one drug company and the other two—Michigan and Nebraska—have publicly said they’re investigating.

Attorneys general for most states said Monday in a pair of letters to Polster that such an arrangement could hurt their ability to reach a national settlement.

One of the letters warned that the deal would give communities elsewhere “functional veto power” over any settlement a state reached. The attorneys general said that is not acceptable for states.

The Centers for the Disease Control and Prevention found opioids, including prescription drugs and illicit versions such as heroin and fentanyl, played a role in nearly 48,000 deaths in the U.S. in 2017—making them the nation’s leading cause of accidental death.

The only case to go to trial over opioids is happening currently in Oklahoma, where the state is suing only Johnson & Johnson after two other drug companies—Purdue Pharma and Teva Pharmaceuticals—reached settlements with Oklahoma.

Polster has scheduled trials for October for lawsuits brought by Ohio’s Cuyahoga and Summit Counties.