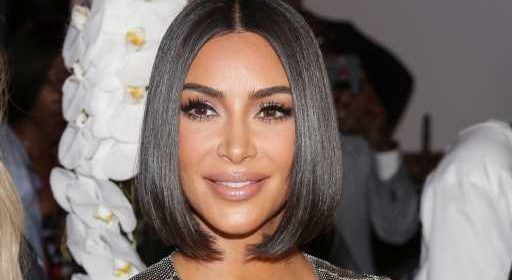 The holidays are the perfect time to meet the family! In a move that proves how quickly things are progressing between the new couple, Kim Kardashian reportedly wants boyfriend Pete Davidson to meet her kids, North, 8, Saint, 6, Chicago, 3, and Psalm, 2, whom she shares with ex Kanye West.

An insider told The Sun on Dec. 22 that Kardashian invited the Saturday Night Live comedian, whom she started dating after hosting the show back in October, to Kris Jenner’s famously extravagant Christmas Eve party. The source said, “He hasn’t met her kids yet, as Kim didn’t want to move too fast when introducing a new man into their lives. She wants to protect them, and he respects that. But things are heating up, and she wants him to be there over Christmas.”

A festive Christmas party (filled with presents and delicious treats!) is the perfect, casual place to meet. The insider added, “The party would be an easy way to have him around without it being too complicated for the kids.”

This would be a huge step for the couple, and one that might be awkward if West attends the party as well. As recently as Dec. 9, West publicly asked Kardashian to take him back at his “Free Larry Hoover” benefit concert in Los Angeles.

Another source told The Sun, “Kim and Pete are looking forward to spending time together over Christmas and New Year, they’ve been having so much fun.” Adding, “He has been invited to Kris’ annual Christmas Eve party but is reluctant to go and nervous because he knows how much the family loves Kanye — and how hard he’s finding the split.”

Hopefully, this is a fun, drama-free Christmas party for all!

Check out the top toys on Amazon this holiday season.