Harry, Meghan Made Sure Archie Was 'Comfortable' During South Africa Tour

Prince Harry and Duchess Meghan had their son Archie’s best interests at heart during their South Africa tour.

“[They] brought all his home comforts with him,” royal reporter Omid Scobie said during a recent episode of the “HeirPod” podcast. “I heard there were a lot of toys that they brought with him. Just all the things that make him feel like he hasn’t gone anywhere, because you want to keep him comfortable the whole time. That’s why Meghan stayed with him in South Africa rather than join Harry on his travels.”

The Duke, 35, and Duchess of Sussex, 38, arrived in Cape Town with their 5-month-old last month. While the former military pilot went on to visit Angola, Botswana and Malawi, the Suits alum stayed in the British High Commissioner Residence at Bishops court, overlooking Table Mountain. 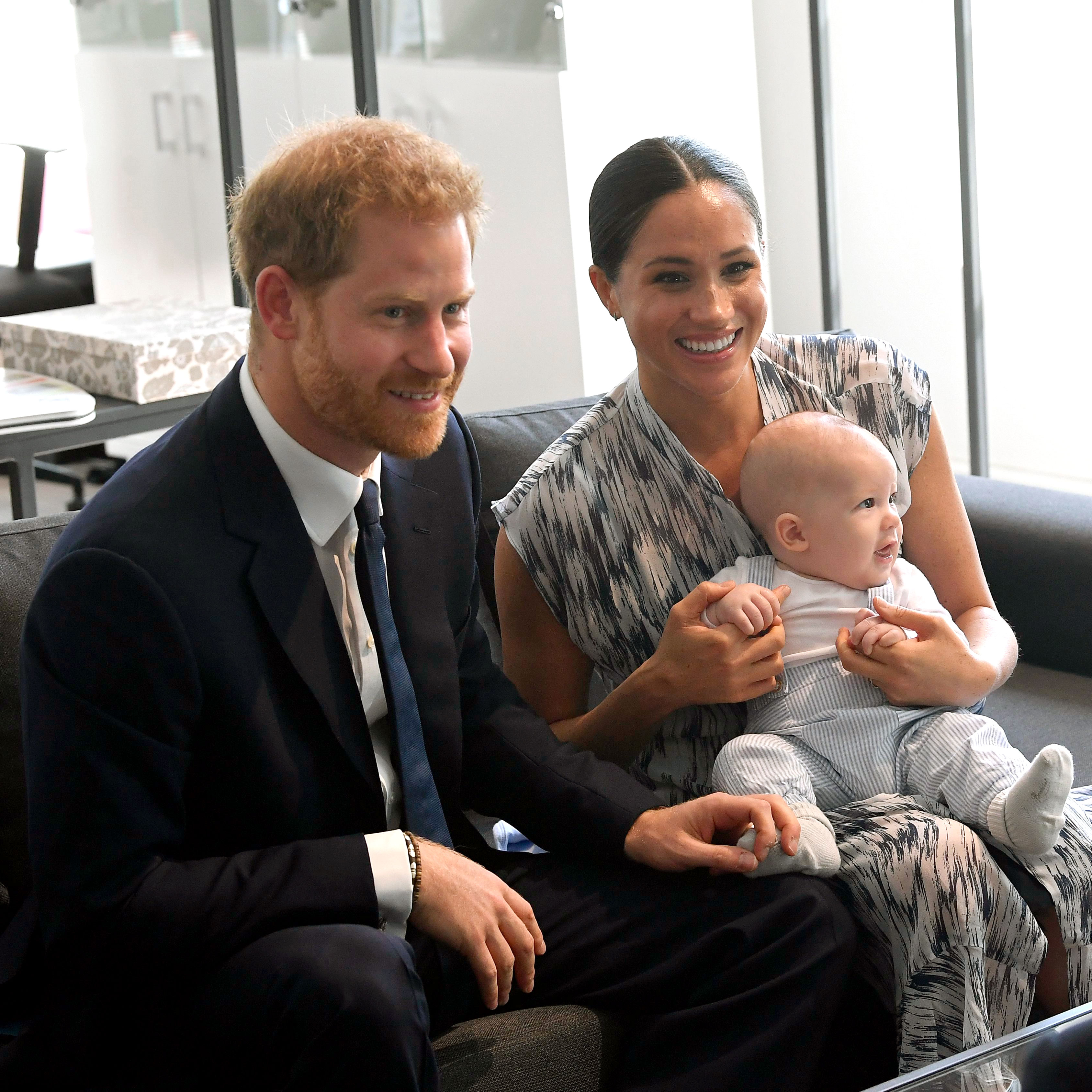 “Apparently Archie would have his feed looking out through [the] window at these incredible views,” Scobie revealed. The little one only made a single appearance during the tour to meet Archbishop Desmond Tutu on September 25, but he was the “star of the show.”

When he missed out on the pair’s very first royal engagement two days earlier, the duke explained, “He’s sleeping.” He went on to say that the long flight had made Archie “not grouchy, just exhausted.”

After the royal couple wrapped their first tour as a family, a farewell post on their Instagram account read, “The Royal Tour to Southern Africa has come to an end, but The Duke and Duchess have had the opportunity to look back on an incredible 10 days through South Africa, Botswana, Angola and Malawi. Their Royal Highness’s journey took them 15,000 miles across southern Africa where they were greeted by so many amazing people along the way. They witnessed the great partnership between the UK and Africa, met local community groups, leaders, and youth and elders, who all imparted knowledge and inspiration.”

In June, a source told Us Weekly exclusively why this location was so important for Harry, explaining, “It’s not only where Harry was able to spend time away from the public eye growing up — and where [Princess] Diana made a difference — but it’s also where [his and Meghan’s] love grew. Going back there will be so special for them now that they’re a family.”