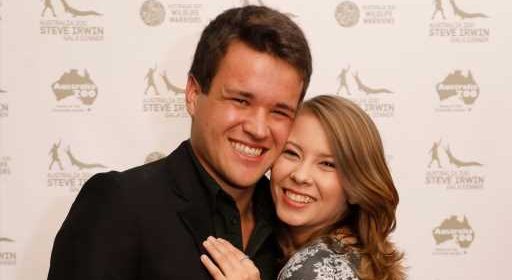 Grace Warrior is seven months old today and her parents Bindi Irwin and Chandler Powell are celebrating her adorable achievements.

“Grace Warrior is 7 months old!” Bindi captioned two Instagram photos of her daughter that represented “Expectation vs. Reality” — in one, she waved a birthday sign while smiling; in the other, she stuck out her tongue (what’s become her signature pose). “She loves snuggles, adventure, trying new food, grabbing everything and giggles. Apparently koalas are especially funny. Infinite love for our little Wildlife Warrior.”

Powell shared the same photos with the caption, “Our Grace is 7 months. As I write this she is saying ‘ah-goo’ and blowing raspberries. I’m so proud. We love you, sweetheart!”

As the granddaughter of the late wildlife icon Steve “The Crocodile Hunter” Irwin, baby Grace (whose middle name honors the animal expert), is living the dream at the Australia Zoo in Queensland where she’s surrounded by wildlife. Apart from koalas, Grace has met a water dragon, roosters, and a pack of cuddly dogs during last week’s National Pug Day.

Grace’s upbringing would make Steve proud — Bindi and her brother Robert also grew up at the Australia Zoo (established by their grandparents Bob and Lyn Irwin, who also raised Steve on the property) and in front of the camera, appearing on her father’s reality show The Crocodile Hunter as a young girl. And daily life was always unexpected. “I can remember being in the middle of taking a school math test and dad would burst through the doors and say, ‘That’s it! We’re leaving! We have to go climb the highest mountain. It’s about a 30-minute drive away, so you have 20 minutes to finish up your math test and we’re leaving,’” Bindi recalled during a 2017 interview with People. 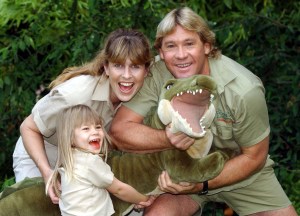 Grace is now enjoying the same experiences that will undoubtedly instill the family’s passion for conservation. And lucky for us, we get to witness it all.