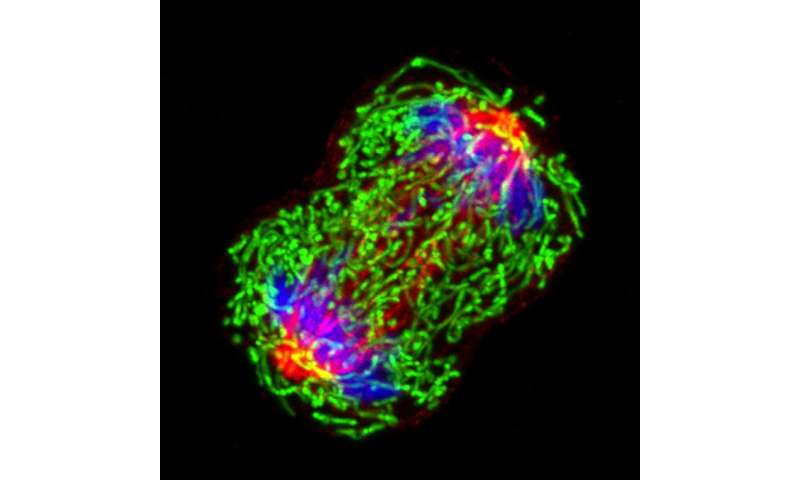 Living cells contain tens of thousands of genes that serve as instruction guides for making the proteins cells need to survive. These genes function in highly cooperative and interdependent ways, and scientists have long known that a change in the expression of one gene can affect how other genes function. These interdependencies can impact a cell’s ability to survive.

In a new study, scientists at the University of Maryland and the National Cancer Institute identified 12 distinct types of gene-pair interactions in which varying levels of expression in the two genes correlated with cancer patient survival. The results, which were published in the journal Cell Reports on July 23, 2019, suggest that genes involved in such paired interactions could provide new targets for cancer therapy.

“Relying on specific cancer vulnerabilities, such as a particular mutated gene’s functional relationship with other genes, is potentially an effective approach to treating cancer,” said the study’s senior author Sridhar Hannenhalli, a professor in the Department of Cell Biology and Molecular Genetics at UMD.

This approach is already being explored in one type of gene-pair relationship called synthetic lethality, in which inactivation of both genes is lethal to a cell, but inactivation of one gene by itself is not. In cancer cells where mutations inactivate one gene, drugs inhibiting the partner gene would be lethal to cancer cells but have minimal or no effect on healthy tissue in which the first gene is expressed normally.

“Our work expands the potential scope of strategies, thus far restricted to synthetic lethality, by generalizing the concept of exploiting genetic interactions to include many other yet unexplored types of gene-pair relationships,” said Hannenhalli, who has a joint appointment in the University of Maryland Institute for Advanced Computer Studies (UMIACS). “We believe this lays the foundation for using a computational method for identifying and studying additional types of genetic interactions in the future.” 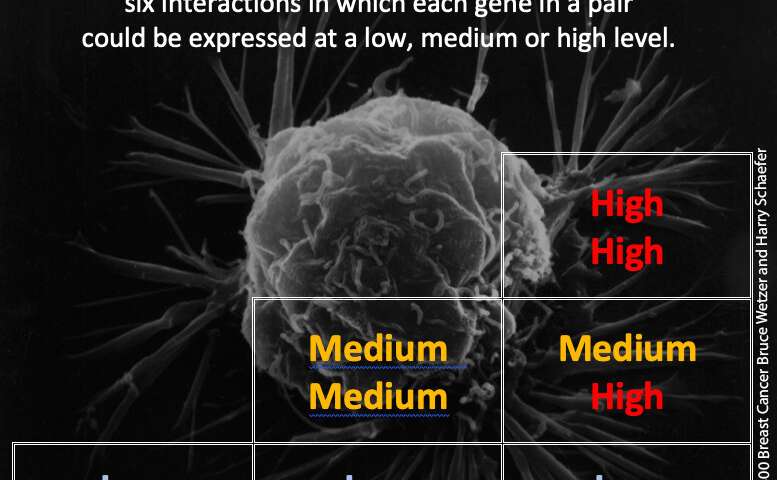 The paper presents a new, data-driven method for identifying gene interactions that could impact cancer patient outcomes, which Hannenhalli developed in collaboration with former UMD graduate student Assaf Magen (Ph.D. ’19, computer science), the first author of the study, and Eytan Ruppin, currently at the National Cancer Institute and the former director of the Center for Bioinformatics and Computational Biology at UMD.

Using data from 5,288 tumors representing 18 different cancer types, the team defined six interactions in which each gene in a pair could be expressed at a low, medium or high level. They then considered that each of those combinations could be associated with a “positive” or “negative” outcome for patient survival. That brought the total number of potential gene-pair relationship types to 12.

Using a novel computational strategy, the researchers assessed all possible combinations of genes in their dataset. Out of 163 million potential gene pairs, the researchers identified nearly 72,000 gene-pair interactions associated with a positive or negative patient survival. Of the genes involved in these interactions, a significant proportion are known to be involved in cell division and proliferation, which have clear links to cancer.

According to Hannenhalli, identifying gene-pair relationships can help scientists understand why mutations in certain genes lead to cancer in one tissue but not another, because their interacting partners might be expressed differently in different types of tissue. Similarly, gene-pair relationships could explain why certain drugs are effective for one patient but not another. The relationships also might help researchers identify subtypes of certain cancers, such as breast cancer, which may help with prognosis and therapy.

Using their findings on gene-pair interactions, the researchers were able to better predict patient outcomes in their data on tumor gene expression, compared with conventional methods that use expression of individual genes alone.