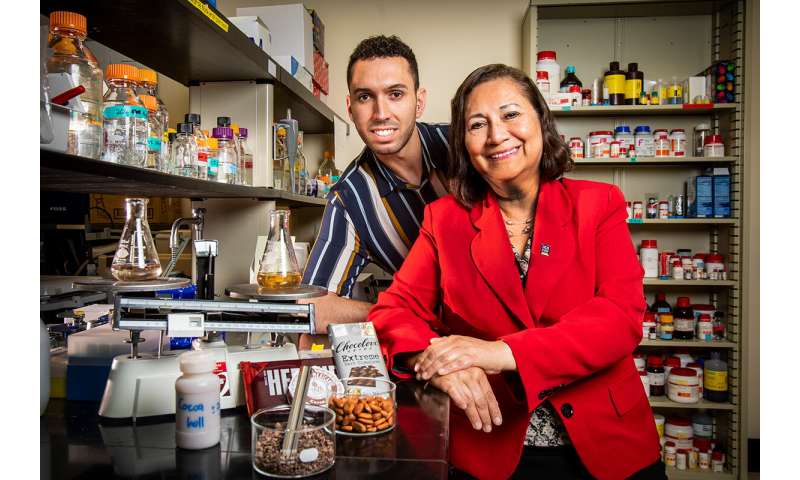 Scientists may have discovered more reasons to love chocolate.

A new study by researchers at the University of Illinois suggests that three of the phenolic compounds in cocoa bean shells have powerful effects on the fat and immune cells in mice, potentially reversing the chronic inflammation and insulin resistance associated with obesity.

Rebollo-Hernanz, the study’s lead author, created a water-based extract containing these compounds and tested its effects on white fat cells called adipocytes and immune cells called macrophages. Using computer modeling and bioinformatic techniques, he also examined the impact that each of the phenolics individually had on the cells.

“The objectives of the study were to test whether the bioactive compounds in the cocoa shells were efficacious against macrophages—the inflammatory cells—at eliminating or reducing the biomarkers of inflammation,” said de Mejia, also a director of nutritional sciences. “We wanted to see if the phenolics in the extract blocked or reduced the damage to fat cells’ mitochondria and prevented insulin resistance.”

Similar to batteries within cells that burn fat and glucose to generate energy, mitochondria can become damaged when high levels of fat, glucose and inflammation occur in the body, de Mejia said.

When the scientists treated adipocytes with the aqueous extract or the three phenolic compounds individually, damaged mitochondria in the cells were repaired and less fat accumulated in the adipocytes, blocking inflammation and restoring the cells’ insulin sensitivity, Rebollo-Hernanz said.

The scientists reported their findings recently in a paper published in the journal Molecular Nutrition and Food Research.

When adipocytes accumulate too much fat, they promote the growth of macrophages. This initiates a toxic cycle in which the adipocytes and macrophages interact, emitting toxins that inflame fat tissue, de Mejia said. 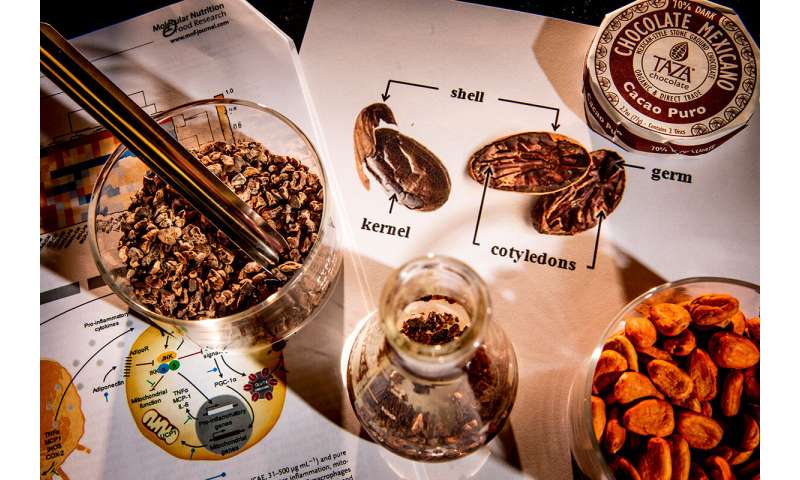 Over time, this chronic inflammation impairs cells’ ability to take up glucose, leading to insulin resistance and possibly type 2 diabetes as glucose levels in the blood escalate.

To recreate the inflammatory process that occurs in the body when macrophages and adipocytes begin their toxic dance, Rebollo-Hernanz grew adipocytes in a solution in which macrophages had been cultured.

“That’s when we observed that these inflammatory conditions in the solution increased the oxidative damage” to the fat cells’ mitochondria, he said.

Fewer mitochondria were present in the adipocytes that were grown in the solution, and the mitochondria that did exist in these cells were damaged, he found.

When the scientists treated the adipocytes with the phenolics in the extract, however, the adipocytes underwent a process called browning, in which they differentiated—that is, converted—from white adipocytes into another form called beige adipocytes.

Beige adipocytes are a specialized form of fat tissue with greater numbers of mitochondria and enhanced fat-burning efficiency.

“We observed that the extract was able to maintain the mitochondria and their function, modulating the inflammatory process and maintaining the adipocytes’ sensitivity to insulin,” Rebollo-Hernanz said. “Assuming that these phenolics were the main actors in this extract, we can say that consuming them could prevent mitochondrial dysfunction in adipose tissue.”

Cocoa shells are a waste byproduct that’s generated when cocoa beans are roasted during chocolate production. About 700,000 tons of the shells are discarded annually, causing environmental contamination if not disposed of responsibly, de Mejia said.

In addition to providing cocoa producers with another potential revenue stream, processing the shells to extract the nutrients would reduce the environmental toxicants generated currently by cocoa shell waste, de Mejia said.