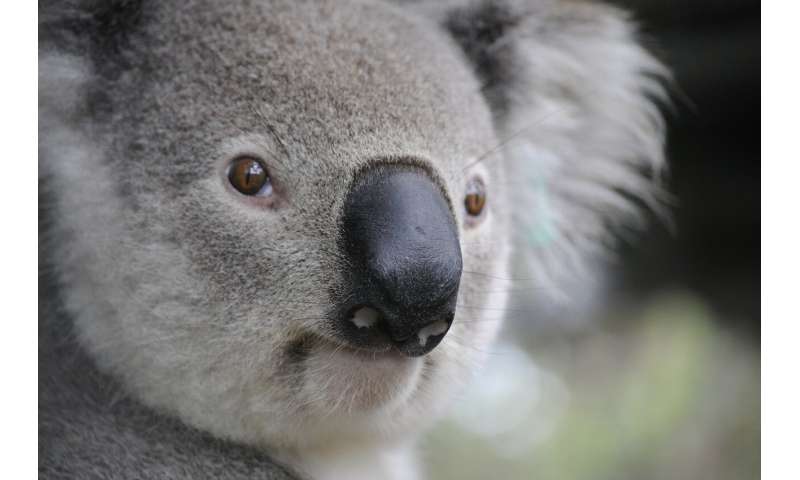 A new study from researchers at UMass Medical School and the University of Queensland in Australia identifies a never-before-seen type of immune response in an animal already known for being unique: the koala bear. Koalas use a novel genetic defense system to fight off infection through retroviruses, a system identified when scientists focused on KoRV-A, a retrovirus sweeping through the koala population of Australia. This novel genetic response controls the production of the virus in the koala’s germline, a previously undescribed mechanism comparable to the innate immune response well-known in mammals, and a discovery that sheds new light on the interaction between genetic evolution in vertebrates and invading retroviruses.

Retroviral infection of the germline has happened many times during evolution, but it is very rare on a generational time scale.

“KoRV-A infection of the koala germline is happening now and lets us look at genome evolution in real time,” said William E. Theurkauf, Ph.D., professor of molecular medicine at UMass Medical School and a corresponding author of the study, published in Cell.

KoRV-A, or koala retrovirus A, is associated with Koala Immune Deficiency Syndrome (KIDS), which makes koalas more susceptible to infection and cancer. While the virus is spread between individual animals (known as horizonal infection), it also infects the germline cells that make sperm and eggs and is being incorporated into the inherited genome. As a result, koalas are born with this pathogen as part of their genetic material (vertical infection).

Retroviruses have infected the germline many times during evolution, and now make up 8 percent of the human genome. To put this number in perspective, the 20,000 genes that code for proteins make up only 1.5 percent of the 3 billion nucleotides in the entire human genome. These endogenous retroviruses, once embedded, can contribute to disease by their ability to reinsert into and destabilize the genome. These genetic invasions aren’t without their benefits, however. In mammals, retroviruses have been “co-opted” for processes that are essential to normal development. In a remarkable example, a gene that is required for development of the placenta is derived from a retroviral gene.

“What we are seeing with koalas is something that every organism on the planet has gone through. Animals get infected by retroviruses that enter the germline cells. These viruses multiply and insert themselves into the germline genome, altering host genome organization and function, and the process continues until the invader is tamed by the host. At the end of this infection cycle, the host has changed,” said Zhiping Weng, Ph.D., the Li Weibo Chair in Biomedical Research, professor of biochemistry & molecular pharmacology, director of the Program in Bioinformatics & Integrative Biology at UMass Medical School and a co-corresponding author of the study.

While viral infection of germline cells has helped drive evolution of modern mammals, how these host cells respond to a new pathogen has remained a mystery. “Previously it was thought to be purely through the process of natural selection that levels of viral elements were kept in check within our genome,” said Keith Chappell, Ph.D., senior research fellow at the University of Queensland and a co-author of the Cell study. “We now know that there are pathways within our germline cells that can actively fight back against the invaders.”

The work from the collaborative team of scientists suggests that the germline mounts sequential “innate” and “adaptive” genome immune responses. This process is analogous to a virus or bacteria infecting an organism. First, the innate immune system recognizes very general features that are common to many pathogens but are not found on cells from the host. This initial response is not very efficient but keeps invaders in check until the adaptive immune systems can produce antibodies and cells that specifically target the pathogen, clearing the infection.

Research over the past 15 years has shown that a special class of small RNAs, anti-sense piRNAs, function like genome antibodies and very efficiently target viruses that have entered the germline in the past. These piRNAs guide the recognition of viral RNAs via complimentary or “anti-sense” sequence.

Research on KoRV-A indicates that new viral invaders trigger a distinct, innate response, which recognizes an essential step in the viral replication cycle.

Most genes are interrupted by spacer sequences called introns. When a gene is transcribed into an RNA, introns are removed to produce a functional mRNA that can make a protein. Retroviruses also have introns that must be removed (called “spliced”) to make a protein that forms the envelope that surrounds the virus particle. However, the virus also produces unspliced RNAs that retain the introns. These unspliced RNAs are essential to viral replication and infection.

Studies on KoRV-A suggest that germline cells recognize these virus-specific, unspliced transcripts and chop them into a distinct class of “sense” piRNAs, suppressing the assembly of viral particles.

“The cells recognize the unspliced sequence as a virus, and not a gene, and mount an initial defense,” said Dr. Theurkauf. “Just like your body mounts an initial innate immune response to viruses and bacteria.”