Finally, another effective drug for kids and teens with type 2 diabetes 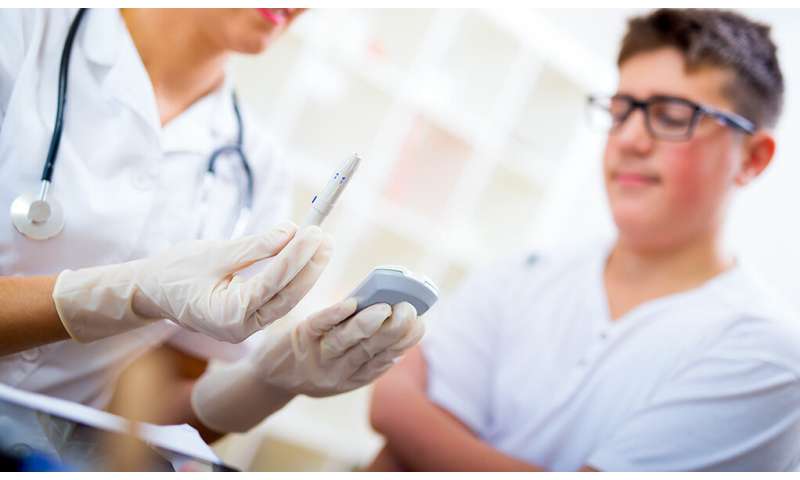 The results of this Yale-led trial are published in the New England Journal of Medicine.

William Tamborlane, M.D., first author and pediatric endocrinologist at Yale, said the success of the new drug, liraglutide, will be “transformational” for youth with type 2 diabetes. He explained that metformin and insulin are the only drugs currently approved for the treatment of children and teens with the condition.

Tamborlane and his co-authors note that, when taken alone, metformin—the most popular initial treatment for type 2 diabetic youth—often leads to an early loss of blood sugar control. In addition, add-on treatment with insulin usually fails to lower blood-sugar levels. This is why the researchers say they found it imperative to test another, and possibly better, treatment option in that population.

“As a result of this study, we anticipate that youth with type 2 diabetes will soon have a third option that has not previously been available,” said Tamborlane.

The year-long clinical trial focused on the effect of liraglutide on the blood sugar and glycated hemoglobin (or A1c) levels of a diverse, international sample of youth aged 10-16 with type 2 diabetes who were already taking metformin with or without insulin. For those with type 2 diabetes, 7% is the magic number for A1c levels; anything below that means the condition is relatively well-controlled. One half of the study group took metformin plus liraglutide and the other half took metformin plus a placebo. The researchers took the blood sugar and A1c levels of the participants after six-months and one year.