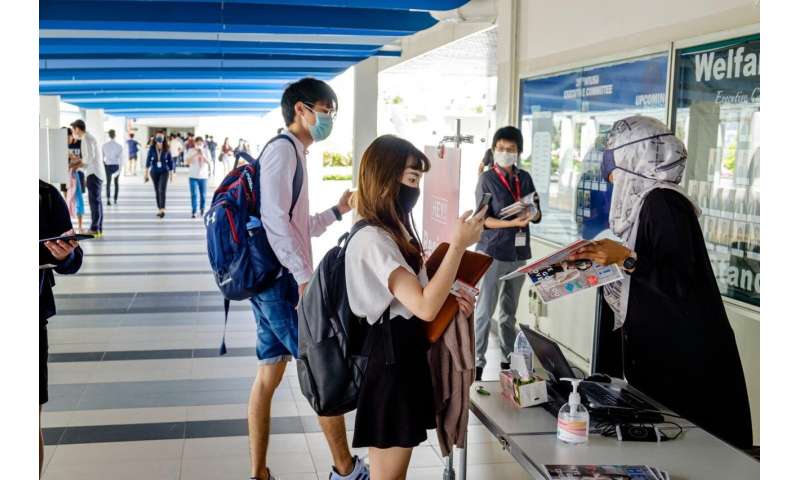 At the start of the pandemic, young Singaporeans regarded COVID-19 as a threat to the older generation but not to themselves, finds NTU Singapore study

During the early stages of the COVID-19 outbreak, young Singaporeans understood the infectious disease to be risky for their parents and older relatives, but not themselves, a Nanyang Technological University, Singapore (NTU Singapore) study has found.

Young Singaporeans were more concerned about the dangers of fake news surrounding COVID-19 rather than the health threat posed by the disease and believed misinformation about the pandemic affected the older generation more than them.

The discussions were held in early February, two months after the first COVID-19 case in the world was confirmed in China last year. Singapore saw its first case in January. At the start of the study, 24 cases here had been confirmed, increasing to 74 by the time the last focus group discussion was conducted. China’s numbers were rising exponentially and South Korea had started reporting a steady rise in its number of cases.

Through the focus groups, the two authors from NTU’s Wee Kim Wee School of Communication and Information (WKWSCI) found that rather than actively seeking information about COVID-19, many young adults got their news about the virus from social media platforms and messaging platforms such as WhatsApp.

Assoc Prof Tandoc, who led the study, said: “Studying initial public reaction towards a health crisis like the COVID-19 pandemic could guide practitioners and social policy makers on how to handle the outbreak in the long term. An important consideration from these findings is how to make young people who think they are not prone to COVID-19 to be still engaging in proactive behaviors against the virus. This is even more important during the initial phase of the pandemic, where credible information about the new virus was scarce.

“The results also document how making sense of what is happening in the early stages of a health crisis can go beyond the disease itself and focus more on social order and information quality, which can also shape behaviors. This process of sensemaking, shaped young Singaporeans’ initial view that they are not vulnerable to the virus. This also might explain why some young people, such as those reported in other countries, continued to engage in risky behavior, like going to the beach or partying, during the pandemic.”

The study was published in the peer-reviewed academic journal New Media & Society in October.

Like in other countries, the COVID-19 outbreak in Singapore was accompanied by an ‘infodemic’ – a wave of fake news about the pandemic—from messages claiming malls and MRT stations were closed due to suspected cases, to various home remedies to protect oneself from the virus, such as drinking sesame oil. Such misinformation could undermine global response to the crisis and jeopardize health warnings and precautionary measures employed by health officials in containing the disease, said the researchers.

Perceiving the virus as not a big threat to their age group, the participants said that they were more focused on combating the spread of misinformation. The young adults felt the COVID-19 falsehoods affected their parents and older relatives more than themselves. Many of these instances of information sharing were facilitated by messaging apps, such as WhatsApp, the most popular messaging app in Singapore.

One respondent cited generational differences as a factor. His generation would seek to verify a piece of new information, such as a list of ‘COVID-19 hotspots’ that would later be debunked as a falsehood, rather than to accept it without question. But his parents’ generation would change their behavior based solely on the information, taking a “just-in-case” approach instead.

Assoc Prof Tandoc said: “It was interesting to hear how participants felt the need to actively protect their parents and older relatives from misinformation about COVID-19. This contributed to how they made sense of the outbreak, understanding it more as an issue of social order that involves tackling misinformation so people would not panic, than as a health risk.