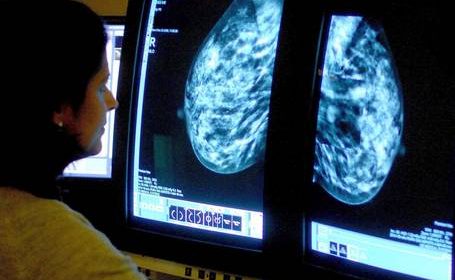 The number of women diagnosed with breast cancer has reached record levels, figures from BreastCheck show.

Latest statistics from the national screening service show 1,067 women were found to have the illness in 2017.

It led to the number of cancers detected in women – who availed of a free digital X-ray of the breast known as a mammogram during the year – being the largest since screening began nearly two decades ago.

When BreastCheck was introduced, it offered a mammogram free of charge every two years to women aged 50 to 64 years.

In 2015 an extension of the programme to include women aged 65 to 69 commenced on a phased basis, and is expected to be completed in 2021.

All women aged between 50-68 are invited to have a mammogram every two years, increasing the numbers in older age groups.

The take-up rate was 73.8pc in 2017-2018 which means thousands of eligible women who receive the invite in the post are still not availing of the offer.

Around 63,000 women were invited and did not take up the invitation to free screening, reducing their chances of detecting potential breast cancer at an early stage.

Women in the west, particularly counties Sligo, Roscommon and Galway, as well as Wexford in the south-east, have the highest take-up.

But it is lowest in Laois, Offaly and Westmeath, along with Dublin and Louth.

Writing in BreastCheck’s annual report, clinical director Ann O’Doherty said during the year the screening extended to women aged 66 years and it will be offered to women aged 69 over time.

“As breast cancer incidence increases with age, this is an important development for the programme,” she added.

“The aim of BreastCheck is to reduce deaths from breast cancer by finding and treating the disease at the earliest possible stage.

“At this point a detected cancer is usually easier to treat and there are greater treatment options available for the patient.”

The report shows that of the breast cancers detected, 846 were invasive. This is a cancer which has grown out of the milk ducts into the surrounding breast.

Most invasive cancers will spread to other parts of the body if left untreated.

Non-invasive breast cancer means cancer cells are found in the breast but are confined to the milk ducts and have not spread further.

The report said that 221 of these cancers – known as ductal carcinoma in situ or DCIS – were detected.