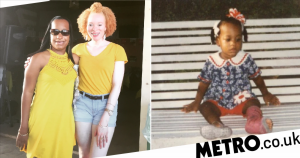 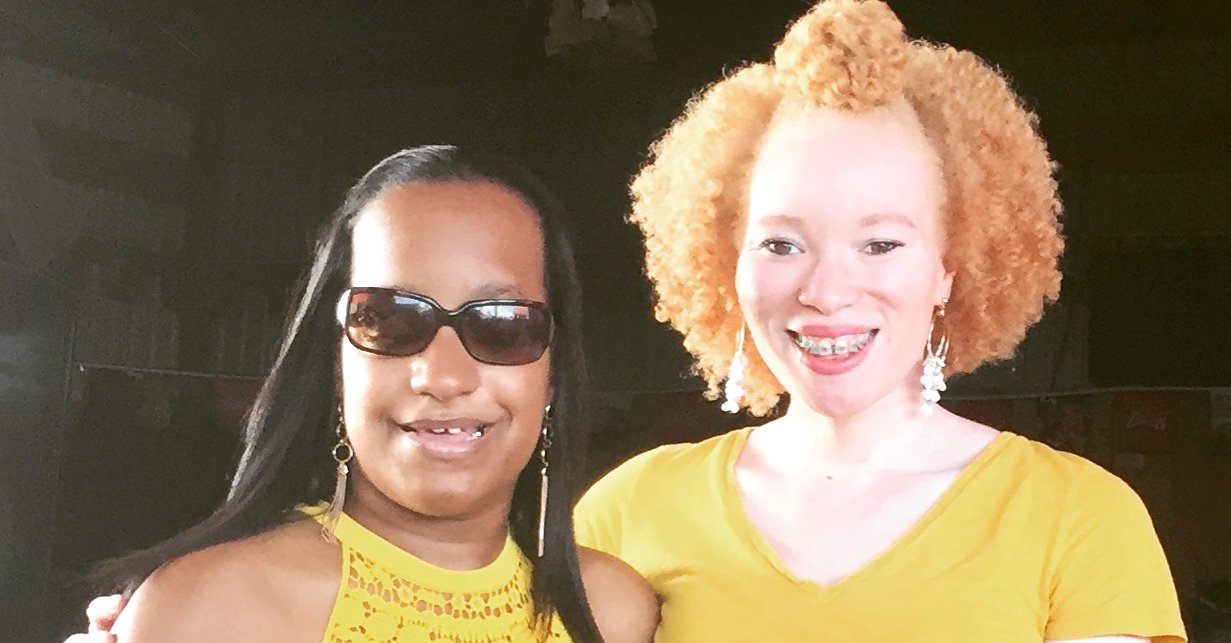 A woman who has broken over 100 bones in her body due to a rare disorder is searching for love – by getting her friends to vet potential suitors.

Brianna Terry, 28, was diagnosed with autosomal recessive osteopetrosis when she was just two years old, and was told she would not live beyond the age of 10.

Her rare disorder means ‘stone bone’, and causes bones to be so weak that just bumping into something can break them, as they don’t produce enough marrow.

Doctors told her parents that she would not live past the age of ten, and even after that her quality of life would be very poor.

Brianna, from Texas, US, who is also blind, says: ‘As a result of this disorder I’ve broken almost every bone in my body, some more than once.

‘I’m sure I’ve been hospitalised way more times than the years I’ve been alive. I’m really not sure how many fractures I’ve had because it’s so easy for me to break a bone.

‘Just last night I bumped into the door and we were afraid I broke my toe!’

The young woman refuses to let her disorder hold her back, and is keen to date and meet new people, but she said her blindness means she finds it hard to do alone.

That’s why she recruits her close friends to help her assess potential matches.

She says: ‘My friends know almost everything about me so what I like, and also how to describe pictures and make sure it is someone I like before we move forward.

‘As for now though I am definitely single and ready to mingle.’

Brianna was born prematurely, but up until she was two years old her parents, Brian and Talitra Terry, thought that she would regain her eyesight as she grew up.

One day she was playing with her cousins and hit her foot against a bed, but even a day later she wouldn’t stop limping and cradling it.

She was taken to the doctors to have an X-Ray and they found out that her foot had broken, but also that her bones looked overly dense for what they should be.

The tot was taken to a specialist who diagnosed her with osteopetrosis – a genetic disorder where her bones don’t produce enough marrow making them extremely hard and fragile.

‘My parents kept a close eye on me to make sure I didn’t trip or bump into anything,’ she says.

‘They also had to keep things off of the floor, keep all doors and cabinets closed and all chairs pushed in to prevent me from bumping into them.

‘Growing up I lived a pretty normal life for the most part, with the exception of the many broken bones, I was just like any other kid. For a while, it seemed like every summer I was breaking a bone, but that didn’t stop me.’

She had a lot of friends and played in the playground as kids do, but the novelty of her classmates signing her casts wore off when she started high school and she suddenly felt isolated.

‘If I didn’t feel like I was different before I was quickly about to learn,’ she says.

‘I felt as though people judged me based on my outer appearance, the fact that I was blind and sometimes use wheelchair, instead of truly getting to know me.

‘I felt like I missed out on a number of things such as spouse, social activities, dating. I was never able to participate in any sporting activities.

‘Through it all I’ve always been a fighter, I tried not to let anything keep me down.’

She found that her teachers did not know how to work with a blind student, as they often didn’t know how to get her work Brailled.

Brianna was also diagnosed with painful chronic bone inflammation called Osteomyelitis, which led to her being hospitalised at least eight times during high school, once going four times in one year.

These stays could last up to eight weeks while her broken bones mended.

‘It seemed like every time I started to get better and enjoy my time as a teen, I ended up in the hospital,’ she says.

‘One of the hardest things for me to do is ask for help and when people tell me no or ask me things like ‘you really need help with that?’ it takes me to really dark place.’

In spite of her obstacles, Brianna graduated top of her class but unfortunately couldn’t go on to study mental health counselling as she dreamt of, because of her frequent hospitalisations and chronic infections.

Instead, she has turned towards activism, and hosts a motivational podcast with a friend. She has also started her own non-profit, Scarred Not Broken, that provides resources for young people with disabilities.

While she is single at the moment, Brianna still talks to guys and hopes to find true love one day in someone who likes her for who she is.

She says: ‘I feel as though most guys judge me from my outer appearance instead of truly getting to know Bee. It’s also hard for most of them to accept my limitations.

‘I’m not on any dating apps I just go out with friends and meet people. There’s been a few potential but nothing ever really stuck yet.’

Her close friends know her type, so help describe pictures of them and ensure that she doesn’t fall for the wrong person.

She says: ‘I had one guy I talked to for a couple of years but it just kind of faded out, it was just a bit too much for him.

‘I know there are many challenges and my goal is for no one else to have to stand in my shoes.

‘To anyone out there fighting a genetic disorder or life-threatening illness, I just want remind you to keep pushing. I know it may get hard at times and you may even feel like quitting but stay in the light, it’ll all be worth it in the end.

‘When times get hard just think of how far you’ve come.’

Rush Hour Crush – love (well, lust) is all around us

Tell us about your Rush Hour Crush by submitting them here, and you could see your message published on the site.