What We Learned in 2018: Health and Medicine

It’s not easy to say that any particular development in health or medicine was the most important in a given year. But if we had to choose some highlights, we’d opt for these unforgettable events and findings.

Read about the year in science news here;

Read about the year in climate change news here;

Read about the busy year in space here.

Conflicts of interest in medical research

We learned many doctors do not disclose financial ties when they publish research. 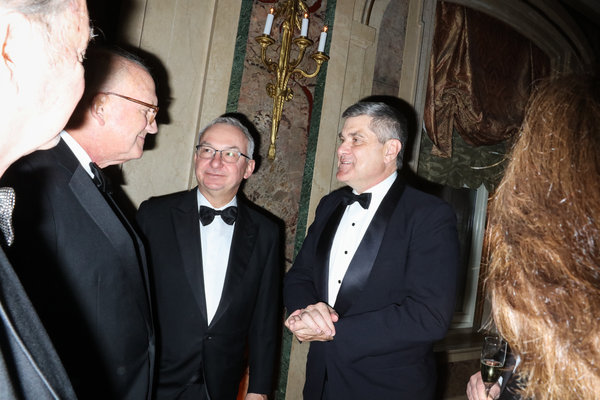 Dr. José Baselga, a towering figure in the cancer world, resigned from his post at Memorial Sloan Kettering Cancer Center in New York in September. An investigation by The Times and ProPublica had found that he failed to disclose millions of dollars in payments from health care companies in dozens of research articles. But Dr. Baselga wasn’t the only medical researcher who failed to make such disclosures, a problem that is aggravated by confusing advice from medical journals and a failure to adequately vet the contributors to their pages.

Get your flu shots, please

We were reminded about how bad the flu can really be.

In the winter of 2017-2018, 80,000 Americans died from the flu. It was the highest number in over a decade, and included 180 young children and teenagers. Some hospitals had to bring out their “surge tents” to treat the overflow of patients. While no flu vaccine is perfect at this time, the shots are particularly effective with children, and the secretary of health and human services, Alex M. Azar II, compared getting vaccinated with wearing your seatbelt. You already do that, don’t you?

We learned that when hospitals combine, patients can end up paying more.

Everywhere in the United States, hospitals are merging. Instead of creating savings that get passed on to consumers, an analysis found that in some regions, the opposite occurred. From 2010 through 2013, the price of an average hospital stay soared, with prices in most areas going up between 11 percent and 54 percent.

We learned how one city has started to turn the corner on the opioids epidemic.

Dayton, Ohio, had one of the highest opioid overdose death rates in the nation. Now, it may be at the leading edge of a waning phase of the epidemic. While the data are preliminary, a variety of factors contributed to the reduction in deaths: Medicaid expansion paying for treatment; dwindling availability of one particular drug; greater use of naloxone, which can reverse overdoses; a large network of recovery support groups; and, law enforcement and public health workers improving their coordination.

We learned that vaping among young people is a growing national problem.

E-cigarettes may help some people quit smoking, but the soaring use of Juul and other vaping devices by teenagers has motivated the Food and Drug Administration to place new limits on the sales of e-cigarette flavors. Schools are grappling with students furtively vaping, as teenagers who may never have smoked a cigarette find themselves struggling to shake a new addiction to nicotine.

We learned the disease may no longer be “a lifelong thing,” as one patient put it.

People with hemophilia, the inability to form blood clots, spend their lives menaced by the prospect of uncontrolled bleeding into a muscle or joint, or even the brain. Experimental gene therapy treatments have rid a few patients — for now, at least — of the condition. It does not yet amount to a cure, and the treatment is imperfect. But some who received the treatments are finding themselves uneasily adjusting to a life with new freedoms.

Where a sore throat becomes a death sentence

In the United States and other rich countries, cheap antibiotics cure children with strep throat easily. But in poor countries, strep can result in rheumatic heart disease and a long, slow death sentence. In Rwanda, doctors from a group called Team Heart visit once a year to perform heart valve-replacement surgery for 16 people. But there are thousands more people who need the procedure in a country that has no heart surgeons.

We learned how public health research can be compromised by private interests.

In June, the National Institutes of Health shut down a study of the effects of moderate drinking on heart attacks and stroke, following an investigation by The Times. The researchers who proposed the study sought funding from beer and liquor companies, and suggested that the results would support a daily drink as a healthy choice. The N.I.H.’s director, Dr. Francis Collins, said the trial seemed to be “set up in a way that would maximize the chances of showing a positive effect of alcohol.”