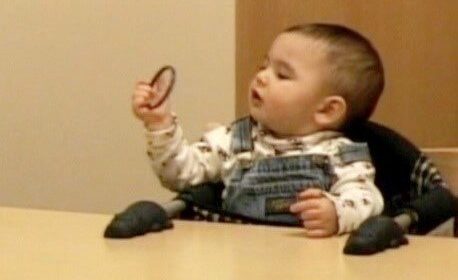 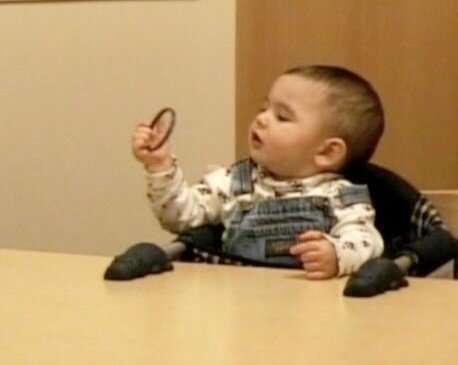 Unusual visual inspection of objects by infants 9 months of age and older is predictive of a later diagnosis of autism spectrum disorder (ASD), a new UC Davis Health study has found.

Unusual visual inspection is defined as:

“Unusual visual inspection behavior has long been associated with autism but never yet as early as 9 months of age,” said Meghan Miller, associate professor in the Department of Psychiatry and Behavioral Sciences and UC Davis MIND Institute and the first author on the study.

The study, published in the Journal of Abnormal Psychology, also found that this behavior at 9 months predicted 12-month social behavior, but not vice versa.

“The findings support major theories of autism which hypothesize that infants’ over-focus on objects might be at the expense of their interest in people. Ultimately, this study suggests that unusual visual inspection of objects may precede development of the social symptoms characteristic of ASD,” Miller said.

About 1 in 54 children in the U.S. has been identified with ASD. Younger siblings of children with autism are at an elevated risk of being diagnosed with autism, at a rate of approximately one in five.

The researchers evaluated 89 infants whose older siblings have ASD (High-Risk group) and 58 infants with siblings with typical development (Low-Risk group). The infants completed a task designed to measure a variety of different ways of playing with and using objects at 9, 12, 15, 18, 24 and 36 months of age.

The examiners rated each infant’s social engagement behavior after every assessment session. They measured the infant’s frequency of eye contact, frequency of smiling at other people, and overall social responsiveness.

They also tallied the number of times the infant engaged in unusual visual inspection, spinning, and rotating behaviors with the objects. Spinning was defined as dropping, tossing or manipulating an object in order to make it spin or wobble. Rotating behavior indicated turning, flipping, or rotating the object at least twice.

At 36 months, the infants were classified into one of three groups: Low-Risk Non-ASD (58 children), High-Risk Non-ASD (72 children) and Diagnosed with ASD (17 children).

The study found that differences in unusual visual inspection were most prominent, consistent and present earliest in infants who developed ASD. At 9 months, the ASD group engaged in this behavior more frequently than both other groups and the behavior continued at higher rates at all ages.

Differences in frequencies of spinning and rotating were later-appearing, more time-limited, and related to familial ASD risk rather than the infant’s autism diagnosis.