The requirements could include mandatory pre-admission screening of patients believed to be at-risk and placing in isolation those patients who are infected, or even those just carrying the fungus on their skin.

Dr. Howard Zucker, the state health commissioner, and a fungal expert from the federal Centers for Disease Control and Prevention met last Friday in Manhattan with nearly 60 hospital officials from across the state to discuss the proposed guidelines. State health officials said they were seeking hospital input before issuing the guidelines, which they acknowledged would likely be a hardship for some institutions.

Screening can be costly and time-consuming, but the officials said they are determined to stop the spread of C. auris, a fungus of mysterious origin that has been quietly spreading around the world since it was first identified in 2009. Most of the state’s 331 cases of the disease, which is often resistant to antifungal medication, were in Brooklyn and Queens.

While C. auris is not the first drug-resistant germ to take hold, it is so dangerous and easily spread that it is putting new kinds of pressures on the health care system. One hallmark of C. auris is that it can be very difficult to clean from equipment or clothing, and it may spread through the air. Officials suspect that the spores can be shaken loose from bedding and they have been known to cling to walls and ceiling tiles.

“One of our guiding objectives is to stop the geographic spread,” said Brad Hutton, the state’s deputy commissioner of public health. He said the state’s efforts to contain the spread have required significant resources — including sending individual infection specialists to investigate more than 150 cases — and that New York now needs help from individual institutions.

“We’re at a point where our response strategy needs to change,” he said. He added that he hoped the guidelines would be finalized by the end of the year, but said the state is still determining whether to apply them statewide or just to New York City and surrounding areas. It has yet to be decided whether the guidelines would be recommendations or regulatory requirements, he said.

Zeynep Sumer King, a vice president of the Greater New York Hospital Association, a trade group that represents hospitals in the metropolitan region, described the meeting as “very productive and very collaborative.” But she said hospitals raised concerns about such matters as whether hospitals have lab capacity and expertise to handle on-site testing.

For the moment, she said, hospitals are pre-screening many patients who appear to be at risk. But it can take a week to get skin-swab results back from the state laboratory, posing challenges for housing patients in isolation during the interim. Further, she said, regular testing is likely to turn up patients who are carriers but not infected, increasing the number of patients who require isolation, appropriately or not.

“The more we screen the more we find colonized cases,” she said, “That takes up space and more beds.” 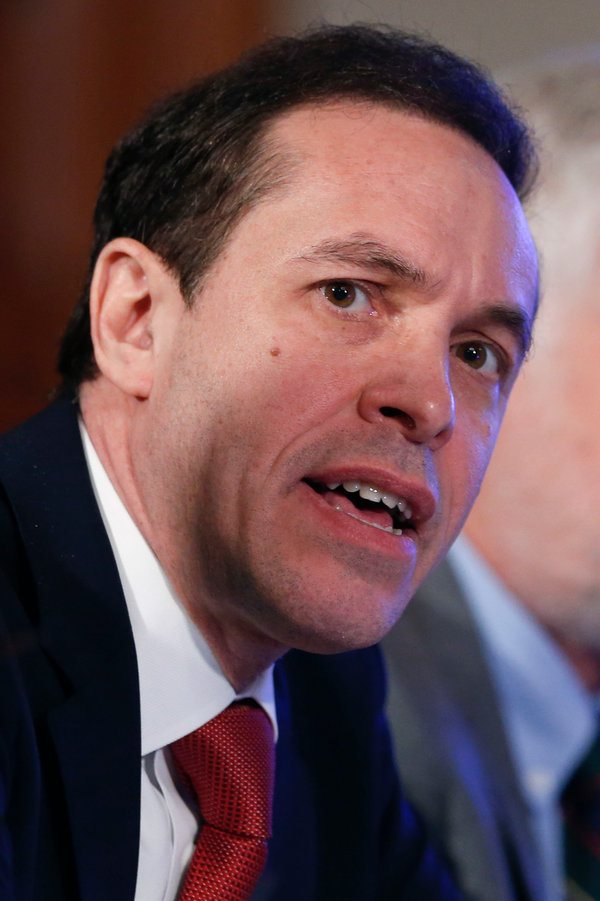 The steps proposed by New York, while “draconian,” are probably right to do, said Matthew Fischer, a professor of fungal epidemiology at Imperial College London, and co-author of a recent scientific review on the rise of resistant fungi. “We’re dealing with something very unusual here,” he said. “I think it seems wise, seeing as we don’t really know what we’re dealing with, to at least attempt control.”

The thoughts were echoed by Dr. Tom Chiller, head of the fungal division of the C.D.C., who said New York is “at the forefront and has not shied away” from tackling an issue for which it has been “ground zero.”

“Going for it now makes sense,” he said, adding of auris: “We have to see if we can stamp it out or keep it in check.”

The germ has also spread in New Jersey and Illinois, particularly the Chicago area. The spread of the germ in some hospitals and nursing homes has been cloaked in secrecy even as it can lead to devastating outcomes for individual patients and their families.

It is patients like these that New York state health officials would like to see “prescreened” when they arrive at a hospital — including people who have recently stayed at a hospital intensive care unit or nursing home in Brooklyn or Queens; and those who are on ventilators, catheters or other invasive equipment that allow the infection to enter the body.

Ms. King, from the hospital association, said that hospitals are already screening patients from nursing homes in the affected areas.

The germ is so virulent that the C.D.C. recommends those infected or even just colonized with the fungus — meaning they carry the disease without being infected — should be isolated in individual rooms.

For now, much of the burden for surveillance has fallen to the state. The effort has involved the development of a fast-screening test that can analyze a skin swab in a matter of hours. But all hospitals, for the moment, have to send those tests to a state laboratory in Albany and wait several days before receiving the results, though hospitals say the backlog means tests can take a week.

Officials say they are hoping to eventually deploy the tests so they can be done on-site. An additional challenge is dealing with an unusual aspect of C. auris: It doesn’t seem to go away once it’s on the skin, said Dr. Eleanor Adams, a state public health physician who has led the surveillance efforts of C. auris in New York City.

Dr. Adams and her team have made 173 visits to follow-up on suspected and confirmed cases at hospitals and nursing homes, and also to test people who came in contact with infected patients. Initially, she said, the team was testing people infected and colonized every few weeks, but she realized that people who are colonized typically remain that way, sometimes indefinitely.

“The question remains if anyone is truly cleared. That is an academic point we don’t know,” she said.

An earlier version of this article misspelled the given name of a trade group official. She is Zeynep Sumer King, not Zyenep.