The art of Aphantasia: How mind blind artists create without being able to visualise 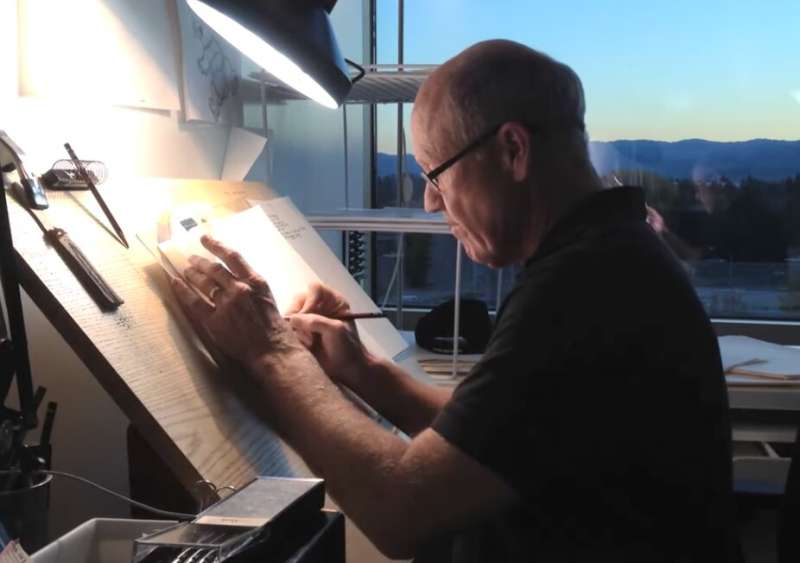 Glen Keane, the Oscar-winning artist behind such Disney classics as The Little Mermaid (1989), was once described by Ed Catmull the former president of Pixar and Walt Disney Studios as “one of the best animators in the history of hand-drawn animation.” But when he sat down to design Ariel, or indeed the beast from Beauty and the Beast (1991), Keane’s mind was a blank. He had no preconception of what he would draw.

This is because he has aphantasia, a recently-identified variation of human experience affecting 2-5% of the population, in which a person is unable to generate mental imagery. Perhaps surprisingly, Keane is not alone in being a visual artist who cannot visualize.

When aphantasia was named and publicized, a number of creative practitioners—artists, designers and architects—contacted the researchers to say that they too had no “mind’s eye.” Intrigued by the seemingly counter-intuitive notion, we gathered a group of these people together and curated an exhibition of their work.

How is it, then, that a person like Keane can draw a picture of Ariel without a mental picture to guide him?

The first point to consider is that there is a difference between knowing or remembering what something looks like and generating a mental image of that thing. To draw it, you only need to know how it looks, or would look.

As the psychologist of art Rudolf Arnheim noted, a draftsperson working from memory “may deny convincingly that he has anything like an explicit picture of [the object] in his mind”—yet, as he works, “the correctness of what he is producing on paper” is judged and modified “according to some standard in the mind.” 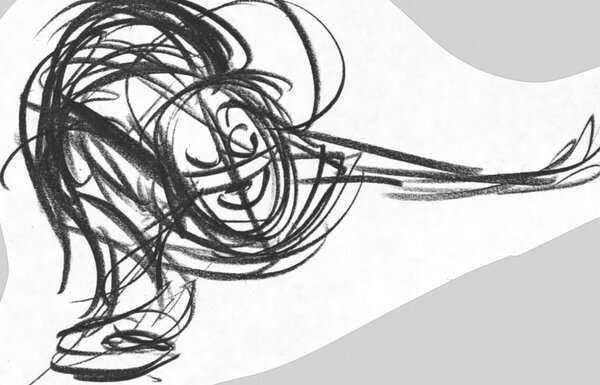 We’ve found that aphantasics retain such standards. “MX,” the subject of the first case study of acquired aphantasia, could give detailed descriptions of scenes and landmarks around his native Edinburgh: “I can remember visual details,” he commented, “but I can’t see them.”

Aphantasia prevents the generation of mental images based on knowledge of what things look like, but it does not prevent that knowledge serving as the basis for an image made with pencil and paper. Keane can draw a picture of Ariel because he knows what humans (and fish) look like, and that information—plus the skills acquired through study and practice—steers his hand accordingly.

Another seemingly obvious but important point is that whereas mental visualization takes place entirely within the brain, drawing is a partly external act, taking place in front of the artist’s eyes. When you draw, you perceive the marks you make. Each change, perceived, suggests the next, in a feedback loop. You don’t have to imagine.

Many of the aphantasic artists we spoke to emphasized this aspect of their creative process: they would need to “get something down” on the paper or canvas, or even start with a pre-existing image, which they can then alter, erase or add to. When Keane draws Ariel, he begins with what he calls an “explosion of scribbles,” then highlights and subtracts lines until he finds the form that he wants.

Designing the Beast was a similar process of trial and error. Keane started by copying the buffalo’s head that hung in his studio, then tried out features from various other animals—a gorilla’s brow, a lion’s main. A cow’s slightly drooping ears, he discovered, made the Beast less threatening. The eureka moment was when he added human eyes. For Keane, it was “like recognizing somebody you know”. Someone he knew, but couldn’t picture. 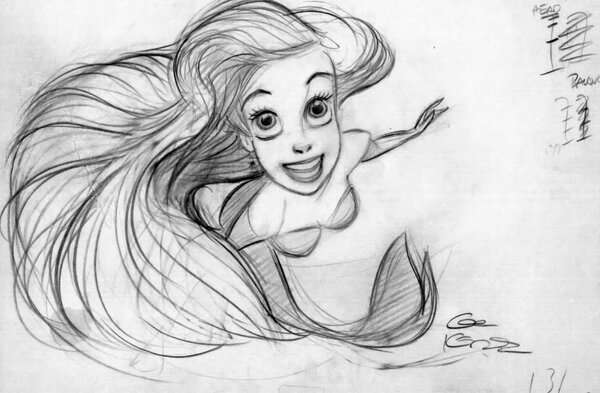 The way that aphantasics like Keane work challenges the stereotype of the creative artist that has held sway over Western culture for centuries, at least since the Renaissance biographer Giorgio Vasari declared that “the greatest geniuses…are searching for inventions in their minds, forming those perfect ideas which their hands then express.”

Vasari was referring to Leonardo da Vinci and his comments show how we have come to think of artistic creativity as being an internal capacity, the fruits of which are simply reproduced in the outside world. The artist of genius is distinguished by the richness of their mental conceptions as much as their artworks.

But there are historical reasons for the stereotype: career-minded Renaissance artists wanting to define themselves against the craftsman and his rule-following, manual labor, for one.