Study explores the neural dynamics of mindfulness meditation and hypnosis 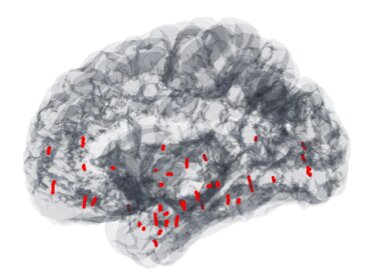 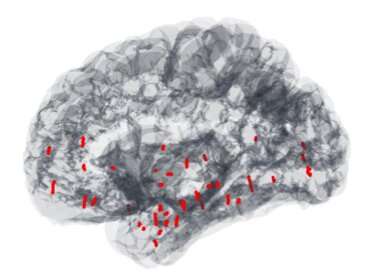 In recent decades, psychologists and psychotherapists have developed a wide range of new therapeutic approaches and strategies to increase their patients’ wellbeing. Two distinct practices found to be particularly promising are mindfulness meditation and hypnosis.

While meditation and hypnosis share a few common characteristics, such as the fact that they are guided by a therapist’s voice and typically require patients to close their eyes, they are based on different principles and rationales. It is thus rare to find therapists who are trained on both these approaches.

Researchers at Lyon 1 University in France recently carried out an interesting study aimed at comparing the neural dynamics underpinning mindfulness meditation with those of hypnosis using a technique known as intracranial electroencephalography (iEEG). Their paper, published in Neuroscience Letters, offers the first iEEG-based comparison between the unfolding of mindfulness meditation and hypnosis in the brain.

“The idea for this project has its origins in conversations with Dr. Antoine Lutz, who is a well-known meditation researcher, and Dr. Cécile Sabourdy, a neurologist trained also in hypnosis,” Dr. Prisca Bauer, one of the researchers who carried out the study, told Medical Xpress. “Meditation and hypnosis seem quite different, but they also have some common features. Although meditation and hypnosis have been studied scientifically for decades, there are very few studies comparing them.”

In recent years, a research group led by Dr. Zoltan Dienes at University of Sussex carried out several studies comparing meditation and hypnosis both theoretically and empirically. The recent study by Dr. Bauer and her colleagues builds on these previous efforts, using iEEG, a technique that is rarely used in experimental settings.

IEEG is an invasive technique, as it essentially involves implanting electrodes inside a person’s brain. Some patients suffering from severe and pharmaco-resistant epilepsy, however, choose to undergo iEEG procedures, as they can help to define brain areas causing their condition so that they can be surgically removed.

Dr. Bauer and her colleagues thus decided to ask epilepsy patients who were already scheduled for iEEG if they wanted to participate in their study. In addition to comparing the neural underpinnings of meditation and hypnosis, the team wanted to see whether patients with electrodes implanted in their brain were able to engage in these two distinct practices.

While the three patients participating in their study followed the instructions in the recordings, Dr. Bauer and her colleagues measured their brain activity using intracranial electrodes. This allowed them to examine the neural dynamics that took place during 15 minutes of mind wandering, mindfulness meditation and hypnosis, so that they could then compare them.

“IEEG is a very challenging exam, as people are operated on the first day to implant the electrodes, then stay in bed in the hospital for about two weeks with the electrodes and at the end are operated again to remove the electrodes,” Dr. Bauer said. “We asked some patients with epilepsy who were set to undergo the procedure if they wanted to participate in the study, and if so, had them follow the three different instructions during their two weeks with implanted electrodes.”

Interestingly, Dr. Bauer and her colleagues found that even if the implantation of electrodes and the associated surgical procedures were very challenging for participants, they were all able to follow the mindfulness meditation and hypnosis instructions. In addition, the patients’ participation in the guided sessions did not trigger any epileptic seizures and they said that they found the instructions helpful or beneficial.

“This means that it is possible to set up larger studies with such patients,” Dr. Bauer said. “The implanted electrodes are extremely valuable to pick up brain activity in deep areas of the brain that are normally not accessible with, for example, surface EEG. Moreover, meditation and hypnosis also seemed to be beneficial and improve wellbeing for this group of people.”

In the future, this work could pave the way for other studies comparing the neural underpinnings of meditation and hypnosis on patients with severe epilepsy who are undergoing iEEG procedures. In addition, as participants said that they found the guided sessions beneficial, this study could inspire the development and evaluation of mindfulness meditation or hypnosis-based therapeutic interventions for people with epilepsy.