Stomach bloating: Nausea or diarrhoea may indicate a more serious disease – how to know

Symptoms of bloating are often just a normal unfortunate by-product of digestion and can be caused by eating high-fibre foods, or certain foods that are commonly associated with gas production such as broccoli, beans or onions. Occasionally there will be accompanying symptoms of bloating including nausea, abdominal discomfort, diarrhoea, and even fatigue and loss of concentration and this could be a signal of a certain type of disease.

Small intestinal bacterial overgrowth is a condition where abnormally large numbers of bacteria grow in the small intestine.

In patients with SIBO, the abnormally large numbers of bacteria in the small intestine use for their growth many of the nutrients that would otherwise be absorbed.

This process results in a small bowel bacterial overgrowth which may not absorb enough nutrients causing malnourishment.

In addition, the breakdown of nutrients by the bacteria in the small intestines can produce gas as well as lead to a change in bowel habits – common triggers of bloating. 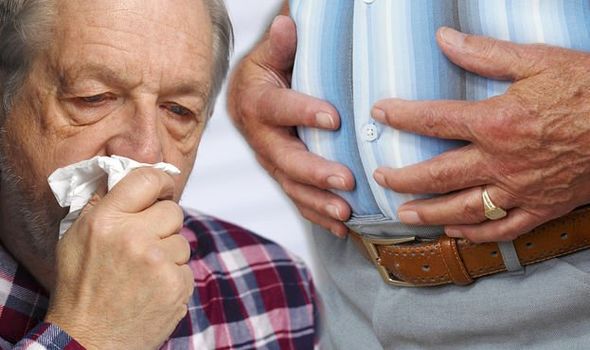 The most common symptom of SIBO is bloating. Excess gas, flatulence, nausea, abdominal distension, cramping, pain, diarrhoea, and even constipation have been attributed to SIBO, said Precision Digestive Care

The health site continued: “Other more systemic complaints such as fatigue, joint pains, loss of motivation, and poor concentration (so-called “brain fog”) are often attributed to SIBO but there is little actual evidence that SIBO causes these issues.

“In severe cases of SIBO, patients can develop steatorrhea (greasy stools that cling to the toilet bowl, a sign of fat malabsorption), weight loss, anaemia, and deficiencies in vitamin B12, iron, and fat-soluble vitamins such as vitamin D.”

Other conditions which could cause SIBO include: 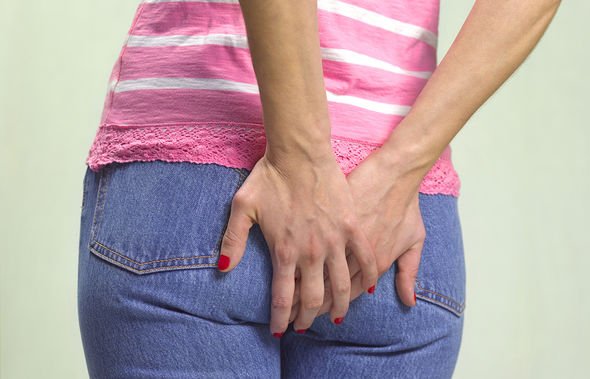 Causes of SIBO include:

Diets high in sugar, alcohol, and carbohydrates (which feed the bacteria)

Hypothyroidism, which can slow your metabolism and cause a build-up of bacteria in your small intestine

Low stomach acid, which leads to undigested food that feeds the bacteria

Stress, which messes with your digestion and causes dysbiosis

Physical obstructions in the gut that can lead to an abnormal build-up of bacteria, such as diverticula or scarring from surgeries or Crohn’s disease

Dysmotility caused by diabetes, scleroderma, or neurological conditions such as Parkinson’s, ALS, or multiple sclerosis

To diagnose SIBO, a healthcare professional will ask about a person’s symptoms and medical history.

The abdomen may be probed for further signs of excess gas or bloating.

If SIBO is suspected, then a breath test is likely to be recommended.

A breath test measures the concentration of hydrogen and methane in a person’s breath.
Source: Read Full Article