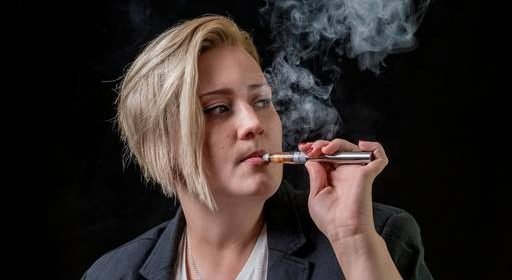 Smokers are almost twice as likely to quit with the help of e-cigarettes than if they rely on nicotine patches or gum, a study has found.

A major trial involving almost 900 smokers found that 18% of e-cigarette users had abandoned their habit after a year.

In contrast, only 9.9% of participants making use of other forms of nicotine replacement therapy succeeded in quitting.

Lead researcher Professor Peter Hajek, from Queen Mary University of London, said: “This is the first trial to test the efficacy of modern e-cigarettes in helping smokers quit. E-cigarettes were almost twice as effective as the ‘gold standard’ combination of nicotine replacement products.

“Although a large number of smokers report that they have quit smoking successfully with the help of e-cigarettes, health professionals have been reluctant to recommend their use because of the lack of clear evidence from randomised controlled trials. This is now likely to change.”

The study, published in the New England Journal of Medicine, was designed to test the effectiveness of refillable e-cigarettes alongside a range of standard therapies to help people give up smoking, including nicotine patches, chewing gum, lozenges, inhalators and sprays.

They were randomly given either a nicotine replacement treatment of their choice, or an e-cigarette starter pack with one or two refill bottles.

E-cigarettes were used more frequently and for longer, the trial found.

In addition, e-cigarette users experienced less severe urges to smoke, one and four weeks after quitting.

They also reported less irritability, restlessness and poor concentration in the first week after giving up smoking, said the researchers.

Martin Dockrell, from Public Health England, said: “This landmark research shows that switching to an e-cigarette can be one of the most effective ways to quit smoking, especially when combined with face-to-face support.

“All stop smoking services should welcome smokers who want to quit with the help of an e-cigarette.”

Despite being strongly promoted as quitting aids, much controversy still surrounds the effectiveness and safety of e-cigarettes.

A number of studies have shown that e-cigarettes contain a wide range of potentially toxic substances.

Nicotine itself is highly addictive, and there have been claims that it may harm developing brains in young teenagers.

However most experts agree that e-cigarettes are much less harmful than tobacco products.

The British Lung Foundation (BLF) welcomed the findings and called on the Government to put more money into Stop Smoking Services.

BLF medical director Dr Nick Hopkinson said: “The research shows how important it is that everyone who wants to quit smoking using an e-cigarette or another method can access counselling and support from a specialist stop smoking service.

“Unfortunately, reductions in public health funding mean that stop smoking services are being cut. The Government must act urgently to reinstate funding for these vital services.”