Sleepwalking tied to higher odds for Parkinson’s in men 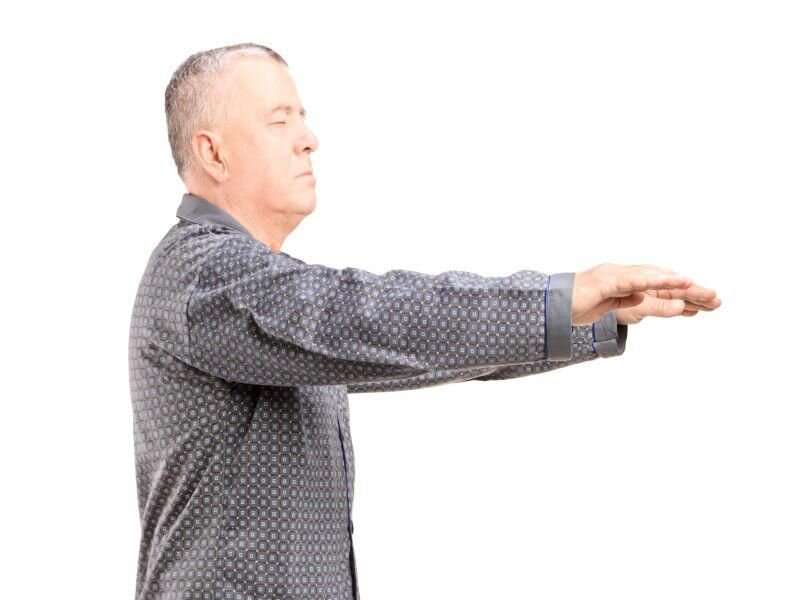 Men with certain sleep problems, like sleep walking, may be at a higher risk of developing Parkinson’s disease, a new study suggests.

Among nearly 26,000 men, researchers found those who sleepwalked or had rapid eye movement sleep behavior disorder (RBD) had a four times or higher risk of developing Parkinson’s disease compared to those who didn’t.

“Presence of parasomnia, such as sleepwalking and RBD, may be a marker of neurodegeneration,” said senior author Dr. Xiang Gao. He is professor and director of the Nutritional Epidemiology Lab at Pennsylvania State University, in University Park.

Those who suffer from RBD act out vivid, often unpleasant dreams with sounds and sudden arm and leg movements.

Gao cautioned that this study can’t prove these sleep problems cause Parkinson’s disease, only that there might be a connection for some people.

Another expert wants to reassure men who have one of these sleep problems that they’re not doomed to develop the movement disorder.

“So, though there’s certainly an increased risk, it’s not definitive that you’ll develop Parkinson’s,” Beck added.

According to Gao, this is the first large study on this topic.

“We need further studies to understand this. Particularly to see whether sleepwalking occurs before Parkinson’s onset and the number of individuals with sleepwalking who eventually develop Parkinson’s and other neurodegenerative diseases later,” Gao said. “Also, we don’t know whether Parkinson’s disease patients are more likely to have these sleep conditions.”

For the study, Gao and colleagues collected data on nearly 26,000 men, average age 76, who took part in the U.S.-based Health Professionals Follow-up Study.

Among these men, less than 1% were sleepwalkers, nearly 11% experienced RBD and 1% had Parkinson’s disease.

After adjusting for age, smoking, caffeine intake, chronic disease and other sleep disorders, the researchers found that sleepwalking was tied to a quadrupled risk of developing Parkinson’s disease. RBD was associated with a sixfold increase in risk, and having both disorders was tied to an eight times higher risk.

Gao added that the researchers don’t know if women have a similar risk, but that might be the focus of another study.

Beck thinks the brain’s inability to disconnect from physical activity, as usually occurs during sleep, results in these sleep disorders and may help explain the connections with Parkinson’s disease.