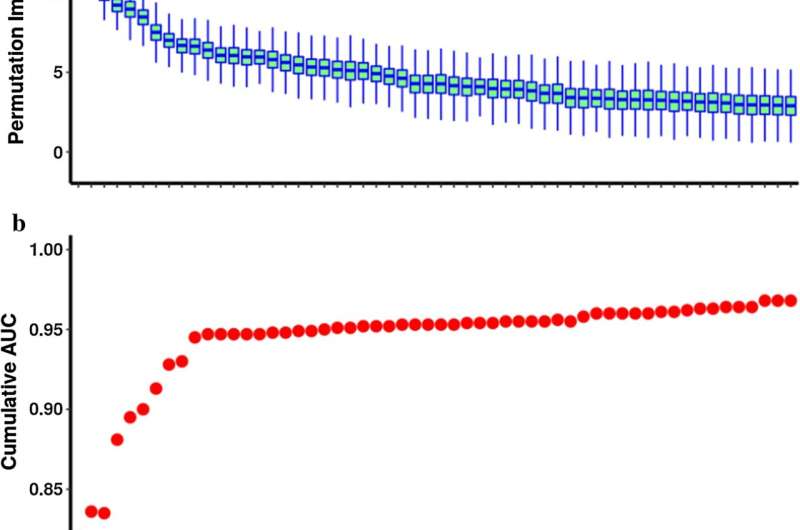 Scientists have identified six proteins implicated in rheumatic heart disease (RHD) which could revolutionize the way in which the condition is treated and diagnosed in the developing world.

Published in Clinical Proteomics, the collaboration between research teams at the universities of Manchester (UoM), UK and Cape Town (UCT), South Africa, offers hope to the 40 million of the world’s poor, disabled every year by the devastating disease.

RHD is caused by one or several episodes of rheumatic fever and begins as a sore throat—often in children—due to a bacterium called Streptococcus pyogenes, which is easily passed from person to person.

Though it is the only cardiovascular disease of global impact that is completely preventable, developing countries have poor access to echocardiography to diagnose it early enough to treat it.

Poor social conditions, overcrowding, and limited access to medical resources explain why RHD remains a major source of morbidity and mortality in the developing world.

However, the discovery of the biomarker signature could one day enable the development of simple test kits which could be used in the home and clinic.

And though more research is needed, the team argues that existing anti-inflammatory treatments could now potentially be repurposed so they are taken prophylactically to combat the persistent inflammation they discovered and prevent disease progression.

Blood samples were obtained from consenting participants with RHD within the RHDGen Consortium, headed up by researchers Dr. Mark Engel and the late Prof. Bongani Mayosi at the University of Cape Town.

That enabled the team to analyze around 2,500 proteins implicated in RHS, but using machine learning to proteomic data, they were able to identify six which gave a 90% discrimination rate.

Proteomics uses a special form of mass spectrometry, an analytical laboratory technique to separate the components of a sample by their mass and electrical charge, but allowing for large-scale study of sets of proteins produced by an individuals.

Bernard Keavney, clinical professor of cardiovascular medicine at The University of Manchester and consultant cardiologist at Manchester University NHS Foundation trust, and joint senior author with Engel, said: “Rheumatic heart disease is a major source of morbidity and mortality in developing countries.

“Almost 300,000 people die from this disease every year and 40 million people are profoundly affected by it.

“That’s a tragedy as it is essentially preventable if diagnosed early enough.