‘RethiNKing’ which immune cells are the best weapon against lung cancer 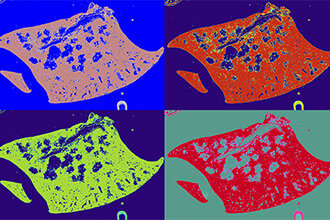 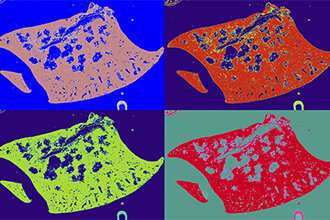 Immune cells called ‘natural killer’ (NK) cells could be a powerful weapon for fighting lung cancer, according to Australian researchers.

The discovery offers hope for better treatments for people with SCLC, many of whom only survive a few months after their diagnosis because of the cancer’s aggressive spread.

The research was published in the Journal of Thoracic Oncology by a team led by Walter and Eliza Hall Institute researchers Dr. Sarah Best, Mr Jonas Hess and Dr. Kate Sutherland in collaboration with Associate Professor Melissa Davis and Professor Nick Huntington (now at Monash Biomedicine Discovery Institute) and Dr. Daniel Steinfort, a respiratory physician at The Royal Melbourne Hospital.

SCLC is the most aggressive type of lung cancer, and is often detected after the disease has begun to spread, or metastasise. While people with SCLC will initially benefit from chemotherapy, these cancers rapidly develop resistance and the average patient survival is only a matter of months, Dr. Best said.

“New treatments are urgently needed for SCLC,” she said. “There had been interest in harnessing the immune system to fight lung cancer—a line of treatment called immunotherapy. To date, T cell immunotherapies have been most investigated but unfortunately these do not seem to help in SCLC.

“T cells are not the only cancer-fighting immune cell—NK cells can also attack tumor cells. Therefore we decided to investigate which forms of immunotherapy might hold most promise for people with SCLC.”

The team started by looking at markers of anti-cancer immunity in patient SCLC samples.

“We looked at tumors to understand which immune cells were present,” Dr. Best said.

“These analyses revealed that there is a wide variability between patients in the relative amounts of NK and T cells within tumors. The presence of these cells in tumors suggests there is an anti-cancer response underway.”

The importance of NK cells

To understand whether NK or T cells could slow the spread of SCLC, the team looked at laboratory models of the disease that lacked either NK or T cells, said Mr Hess, who is a Ph.D. student.

“We discovered that the loss of NK cells made SCLC tumors spread more, while the loss of T cells did not impact disease spread,” he said. “This suggested that NK cells, but not T cells, are important for limiting metastasis of SCLC. Indeed, if we activated—or ‘supercharged’ – NK cells by adding the cytokine IL-15, they were even better at limiting SCLC spread.

“Our study suggests that immunotherapies that harness NK cell’s tumor-fighting capabilities might be more effective for SCLC. We think NK cell-based immunotherapies could be an effective supplement to chemotherapy, slowing disease spread and extending the survival of SCLC patients.”

Some patients may benefit more from NK cell-based immunotherapies than others, Dr. Sutherland said.