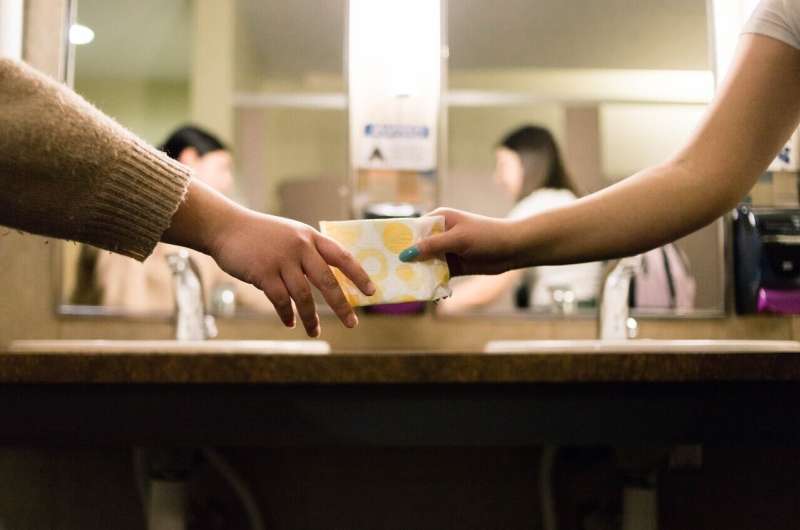 In women who have experienced trauma, post-traumatic stress disorder symptoms may vary over the course of the menstrual cycle, with more symptoms during the first few days of the cycle when the hormone estradiol is low, and fewer symptoms close to ovulation, when estradiol is high, finds research published by the American Psychological Association.

The results could have implications for PTSD diagnosis and treatment, according to lead author Jenna Rieder, Ph.D., an assistant professor of psychology at Thomas Jefferson University in Philadelphia. “When in the cycle you assess women might actually affect whether they meet diagnostic criteria for PTSD, especially for people who are right on the border,” she said. “And that can have real practical implications, say for someone who is a veteran and entitled to benefits or for health insurance purposes.”

The research was published in the journal Psychological Trauma: Theory, Research, Practice and Policy.

Estradiol is a form of estrogen that regulates the reproductive cycle in women. During the follicular phase of the menstrual cycle, rising estradiol levels trigger a cascade of events that result in ovulation. Studies have linked low-estradiol portions of the cycle to greater activation in the limbic areas of the brain, which are related to emotion, and to lower activation in the prefrontal cortex when viewing emotional content. Low estradiol has also been linked to greater stress and anxiety as well as increased fear responses.

In order to examine whether those links might affect trauma response, researchers studied 40 women, ages 18 to 33, all of whom had experienced or witnessed a traumatic event, such as a serious injury or sexual violence. In the first part of the study, which took place in a research lab, researchers measured the participants’ level of estradiol in their saliva, then asked them to describe the trauma that had happened to them and the PTSD symptoms they’d experienced in the past month. They found that lower estradiol was associated with greater self-reported symptom severity in the participants.

“In a healthy system we want a moderate, coordinated response of both of these biomarkers,” Rieder said. In the women in the low-estradiol portions of their menstrual cycles, the researchers instead found low cortisol and high salivary alpha-amylase levels in response to retelling their trauma stories—a pattern that’s been linked in previous studies with maladaptive stress responses.

In the second part of the study, the researchers asked the participants to answer five daily questionnaires (upon waking, before bed, and at three times during the day), for 10 days spanning the high- and low-estradiol portions of their menstrual cycles. The questionnaires measured how participants were feeling at each time (from “extremely unpleasant” to “extremely pleasant,” and “extremely non-stimulated or activated” to “extremely stimulated or activated”). Participants also completed a PTSD symptom checklist each evening.

On average, the researchers found that participants had greater variability in their daily moods during the low-estradiol days of their cycle and reported more severe PTSD symptoms on those days.

The findings could have implications for diagnosing and treating PTSD in women, who have long been underrepresented in PTSD research. “PTSD for a long time was mostly studied in men, in part because it was mainly studied in veterans, who were mostly men,” Rieder said.