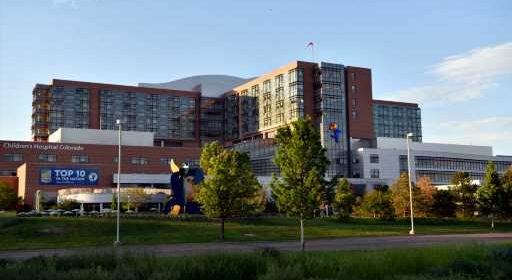 When the doctors and nurses at Children’s Hospital Colorado grew concerned that Kelly Turner might be medically abusing 7-year-old Olivia Gant before the girl died in 2017, they brought their concerns to the hospital’s internal child protection team.

The child protection team at Children’s Hospital Colorado opted not to report the providers’ suspicions to the state’s Department of Human Services, medical records show, and Olivia died. Turner has since been charged with murder and is accused of faking her daughter’s illness.

The medical providers who went to the child protection team were apparently following the hospital’s procedure for reporting potential abuse as described in a 2016 written policy obtained by The Denver Post.

But in Colorado, hospital personnel who care for patients are required by law to alert either the Department of Human Services or law enforcement to suspicions of child abuse, and institutions are not empowered to investigate the legitimacy of employees’ concerns on their own.

“Having a team to kind of screen in things or screen things out — no, it doesn’t comply with the spirit of the law,” said Stephanie Villafuerte, Colorado’s child protection ombudsman. “The law is really clear, and it just says, when you have reasonable reason to suspect abuse or neglect, you shall immediately report or cause a report to be made. The difficulty there is ‘cause a report to be made.’ That has contributed to this notion of, ‘We can build an infrastructure around this.’ That is never what was intended.”

Villafuerte declined to comment specifically on Children’s Hospital’s policy, which acknowledges mandated reporters are required to “immediately issue a report to the county department of human services or local law enforcement agency.” But to do so, the policy continues, mandated reporters at the hospital should report their concerns to the hospital’s internal social workers or child protection team.

“The (child protection team) conducts internal review of cases of known or suspected abuse and neglect, in an effort to provide evaluation and care of the child, to educate staff and to provide for appropriate mandatory reporting,” the policy states. “If, following an internal review, the Clinical Social Worker determines a report is not to be made and a staff member does not agree with the determination of a report not being made, they are encouraged to utilize the chain of command and discuss their concerns.”

The five-page policy notes that going through the hospital’s internal team is “recommended, but only if there is no resulting delay with the mandatory reporting process.”

It does not instruct workers at the hospital to directly call human services or law enforcement, and never lists the statewide hotline that is dedicated to vetting such reports from mandated reporters.

Elizabeth Whitehead, the hospital’s spokeswoman, declined to answer any questions about Children’s child protection team or reporting procedures, and declined to provide a copy of the hospital’s current policy. She denied that doctors and nurses ever suspected medical abuse in Olivia’s case, but did not elaborate.

Villafuerte said it’s not uncommon to see institutions with policies that encourage or require employees to report suspicions of abuse to supervisors instead of, or before, reporting to outside agencies, in part because Colorado’s law is ambiguous.

“So to give people the benefit of the doubt, it really is just about smooth administration and being effective, efficient,” she said. “However, what we will often see when that system goes wrong is that the top people, the people in charge, end up making decisions about whether to make the call. They are imposing their judgment on a set of facts they have heard and are making decisions on whether to call or not. So that is where it breaks down.”

Thirty-two states include in their mandated reporting laws procedures for such “institutional reporting,” where a mandated reporter learns of the abuse while at work; Colorado does not, according to a 2019 report by the U.S. Department of Health and Human Services.

In 17 states, the laws specifically make clear that “regardless of any policies within the organization, the mandatory reporter is not relieved of his or her responsibility to report,” according to the publication.

Hospital-based protection teams, which are established in most children’s hospitals, operate differently from institution to institution, but their general role is to be a resource for doctors and others who have questions and to help them make care decisions, said Dr. James Metz, head of the child protection team at the University of Vermont Children’s Hospital.

“Child protection teams are not arbiters in the reporting process,” he said.

The child protection team at Children’s Hospital Colorado is considered the leading expert in recognizing child abuse in the state. The team, which is combined with the University of Colorado’s Kempe Center, is frequently consulted about potential abuse cases and asked to do medical evaluations of children’s injuries.

But the role of child protection teams should not be to overrule mandated reporters, said Dr. Benjamin Levi, a pediatrician and founding director of Penn State’s Center for the Protection of Children.

“If the go-to policy is when you have doubt, call the experts, because they can help you — makes total sense,” he said.  “If the policy is, if you have reasonable suspicion, give it to someone else, and they’ll decide whether it should be reported on, that’s problematic.”

Many institutions, Levi said, will establish a point person through which to funnel mandated reporting in order to expedite the process, and that’s fine, he said.

“The concern is when a supervisor can override the strongly held feelings of someone who is lower down,” he said.

Reasonable cause to report

At least one nurse at Children’s Hospital Colorado who reported her concerns about Olivia to the hospital’s child protection team was told she did not have enough evidence to warrant a report to the Department of Human Services, according to the notice to sue filed by Olivia’s family.

Colorado law says mandated reporters must have “reasonable cause” to make a report, but they are not expected to have foolproof evidence, or even a complete understanding of a child’s situation before calling, said Joe Homlar, division director of child welfare at the state’s Office of Children, Youth and Families.

A certified nurse aide who cared for Olivia at Children’s and who spoke to The Post on the condition of anonymity to protect her career said that during the hospital’s annual training on mandating reporting, alerting a supervisor was described as the only correct way to raise a concern about abuse.

“It was: document it, go to your supervisor and let them take it from there,” she said, adding that she was encouraged to report and believed anything she flagged would be taken seriously.

The idea that a mandated reporter can delegate their responsibility to report by telling a supervisor or colleague is one of the major problems in Colorado’s system, Villafuerte said, adding that the law should be clarified.

In 2018, a Denver Post investigation found several instances where school officials failed to report suspicions of abuse and paid millions in civil penalties. Failure to report is also a misdemeanor criminal offense, punishable by as little as a $50 fine or as much as six months in jail, but it is rarely charged.

At the time Olivia was treated at Children’s, the statute of limitations on failure to report was 18 months. In 2019, the window for criminal prosecution was extended to three years.