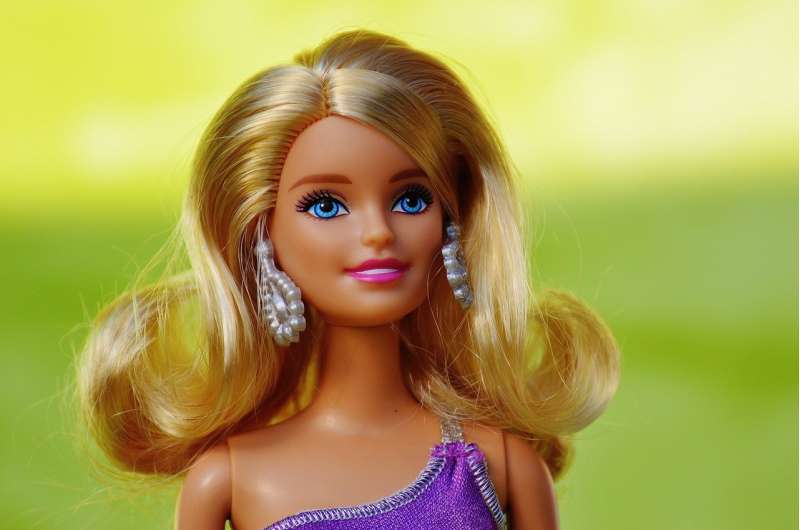 The small-scale study, led by Durham University in the UK, shows that ultra-thin dolls may negatively affect body image in girls as young as five years old.

The researchers warn that the dolls, combined with exposure to ‘thin ideals’ in films, on TV and social media, could lead to body dissatisfaction in young girls, which has been shown to be a factor in the development of eating disorders.

In the research, thirty girls aged between 5-9 years old played with an ultra-thin doll, a realistic childlike doll or a car. Before and after each play session, the girls were asked about their perceived own body size and ideal body size via an interactive computer test using pictures.

Playing with the ultra-thin dolls reduced girls’ ideal body size in the immediate aftermath of play. There was no improvement even when they subsequently played with the childlike dolls or cars afterwards, showing that the effects cannot be immediately counteracted with other toys. The realistic children’s dolls were relatively neutral for girls’ body ideals.

The study, published in the academic journal Body Image, was conducted by researchers from Durham University, Newcastle University and Northumbria University.

Lead author Professor Lynda Boothroyd, from Durham University’s Department of Psychology, said: “Body dissatisfaction is a huge problem, particularly amongst young girls. It can have serious consequences for girls’ wellbeing and lead to eating disorders and depression.

“The results from our study indicate that playing with ultra-thin dolls, which are sold in the millions each year, could have a real negative impact on girls’ body image. This is on top of all the images of unrealistic body sizes they see on TV, in films and on social media. This is something that needs to be addressed in order to reduce the pressure on girls and women to aspire to a ‘thin ideal body’.”

In previous research, the psychologists found that the more TV we watch the more we prefer thinner female bodies.

80 percent of the girls who took part in the study had access to ultra-thin dolls at home or with their friends and almost all of them also watched Disney and related films, which also tend to portray very thin female bodies.

Dr. Elizabeth Evans, from Newcastle University’s School of Psychology, said: “This study isn’t intended to make parents feel guilty about what’s in their child’s toy box, and it certainly isn’t trying to suggest that ultra-thin dolls are ‘bad’.

“What our study provides is useful information that parents can take into account when making decisions about toys. Ultra-thin dolls are part of a bigger picture of body pressures that young children experience, and awareness of these pressures is really important to help support and encourage positive body image in our children.”

In the study, the girls played with the dolls in pairs and before and after their play session, they were asked about their perceived actual body size, ideal body size and ideal adult body size. The children were asked to change the body size in a picture of a girl to what they thought they looked like themselves, what they would like to look like and what they thought a beautiful woman looks like.

Although the samples were not large, this research unusually tested the children before and after doll play which means it can show actual change within individual children. As such, it contributes to a growing number of studies which demonstrate that doll play may affect the beauty ideals that young girls internalise.

Professor Martin Tovee, from Northumbria University’s Department of Psychology, said: “Our study shows how perception of ideal body size and shape is moulded from our earliest years to expect unrealistic ideals. This creates an inevitable body image dissatisfaction which is already known to lead towards disordered eating.”

Current widely available dolls tend to have ultra-thin bodies with a projected body mass index between 10 and 16 which is classed as underweight. Realistic childlike dolls used in the study resembled healthy 7 and 9-year old children.