Photoactivated Localization Microscopy (PALM) is a form of super-resolution microscopy that is used in biological research. 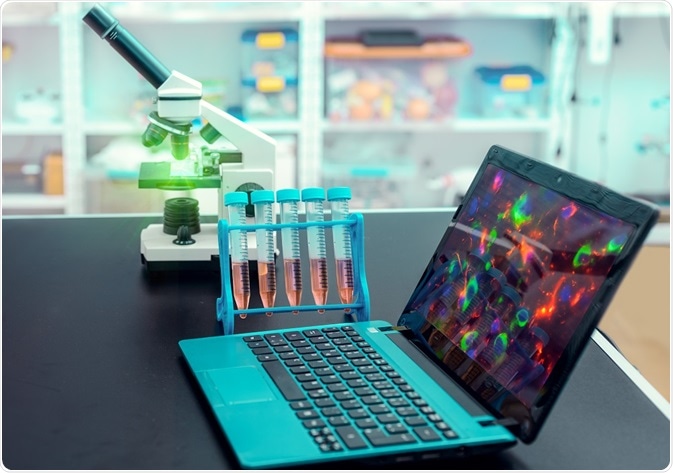 The development of PALM

In 2014, The Nobel Prize for Chemistry was awarded to Eric Betzig, Stefan W. Hell, and William E. Moerner for the development of the super-resolved fluorescence microscopy. PALM microscopy was later developed by Eric Betzig and his colleague, Harold Hess. The technique enables specific molecules within a cluster to be targeted and a high-resolution image to be produced.

This was revolutionary for biological research as previous conventional microscopy techniques were unable to garner results that could exceed the diffraction limit and therefore, low resolution images were all that could be produced.

PALM relies on the localization of fluorophores (molecules that have been excited and are now capable of fluorescing). This process allows thousands of photoactive proteins to be switched on individually so that their fixed positions can be mapped to produce a high-resolution image. Thousands of individual frames to are collated, in order to produce a super-resolved image.

By exposing a sub-set of inactive molecules to ultraviolet light, they can be converted into molecules capable of exhibiting fluorescence. The precise location of each of these newly photoactivated molecules can be plotted.

Due to their exposure to ultraviolet light, the fluorophores will eventually be bleached, and the process is repeated to map other sub-sets so that a comprehensive image can be produced. However, the process of producing a final image is relatively slow.

A pertinent issue that arises from the use of PALM is that the temporal resolution (the precision of an image with respect to time) of the image produced is low. The technique is commercially available, but its use is often limited to imaging facilities and a small number of laboratories due to its high cost.

Through the combination of PALM and multiphase interferometry, a novel technique called interferometric PALM (iPALM) was developed. This technique allows multicolored imaging and enables the production of super-resolved 3D imaging, unlike PALM, which only produces two-dimensional images.

As the majority of cellular structures are 3D in nature, the development of iPALM was profound. It has proven to be a powerful technique enabling the study of 3D protein trafficking,  adhesion complexes, and the study and observation of transport properties along cytoskeletal scaffolds.

Like other super-resolution fluorescence microscopy techniques, PALM is relatively new and many aspects are still in development. The long-term goal is to address the issue of speed and cost. However, the technique has been groundbreaking for biological research.

Maryam is a science writer with a passion for travel. She graduated in 2012 with a degree in Biomedical Sciences (B.Sc.) from the University of Manchester. Maryam previously worked in scientific education and has produced articles, videos, and presentations to highlight the association between dietary choices and cancer. She produces a range of articles for News-Medical, with a focus on microbiology and microscopy.