‘People get treated like idiots’: Norman Swan on the secrets of living younger, longer

Norman Swan doesn’t mince words. Not in his new book, So You Want to Live Younger Longer? or in the flesh.

“Vitamins are a waste of time,” asserts the youthful-looking 69-year-old, sipping a cup of tea, having already had four shots of coffee by the time we meet at the Four Seasons hotel café. 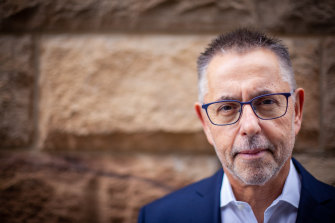 Antioxidants “don’t work”; We’re better off eating the fish than the fish oil; Fasting is “oversold”; and the evidence for anti-ageing pills is “pretty much entirely lacking”, he adds in the book.

“You can buy all sorts of garbage in pharmacies and online in the hope that it’ll save you effort and time. But that’s all it’ll be: hope.”

Oversimplified health “solutions” rankle Swan, who says his motivation is helping “the poor punter” to make informed decisions about their health.

“One of my drivers has been a subversive thing about giving people the information they need to ask the right questions,” says Swan, who trained in paediatrics and who has been Aunty’s health expert since the 1980s.

“People get treated like idiots: ‘do this simple thing’. Rather than tell you what to do, I go ‘here is the menu’ with a bit of guidance as to what the evidence is behind it.”

Swan became a polarising figure during the COVID pandemic, his outspoken views and predictions making him both a household name and a target of strong criticism. In his eminently readable book, he says that the barrier to a lifespan limit of 115 is “very thin”.

So, what is the most likely to help us to live well to 115 or beyond?

While we’re waiting on the magic pill of youth, there is “spades” of evidence for exercise and eating a Mediterranean-style diet centred around extra virgin olive oil, mostly plants and legumes, herbs and spices. Sex also “brings together a lot of things that are important for living younger longer” like intimacy, social contact and fitness. Other basics for staying youthful include quitting smoking, getting enough sleep, reducing salt intake, being cautious of too much sun, having a relaxed outlook on life, getting fresh air and enjoying alcohol for its taste and as a social lubricant without being fooled into thinking it’s benign.

As for some of the more cutting-edge approaches to anti-ageing (and speaking of cutting-edge, he is not opposed to plastic surgery or Botox) including probiotics, resveratrol, metformin and NAD+ boosters, he says they’re “not entirely a fraud”.

“They should work. When you give them to a mouse the mouse lives 20-to-30 years longer, in good health but the trouble is, damn it, humans are more complicated.”

This might be remedied by tweaking the dose, duration or combination of anti-ageing supplements, he adds: “What some people are saying is maybe what you should be doing is having multiple versions of these anti-ageing compounds, really small doses and maybe only once a fortnight. But we don’t know that yet.”

One often overlooked aspect of youthfulness and lifespan is our social environment.

“A baby born today in [Sydney suburbs of] Mosman or Vaucluse will live to 100 or beyond,” he says, adding that there is an “utterly shameful” life expectancy gap of about 41 years between Australia’s richest and poorest suburbs.

Where Swan grew up, in Glasgow, he describes a life expectancy gap that was fuelled by the introduction of government housing, which dislocated communities and were far from the city, transport and facilities.

Drug and alcohol, depression, anxiety, violence and self-harm became rife and, he says, the young and middle-aged people in those poor suburbs “died of despair”: “It’s all about this chronic stress coming through the brain from the environment.”

It’s one of many examples that living younger longer requires much more than eating goji berries and taking wonder drugs.

But it’s never too late to take charge of our health and turn back the clock, he says. Swan’s childhood diet included “enormous loads” of saturated fat, fatty meats, chips every day and second-hand cigarette smoke: “I remember going to my aunties’ apartments, and you couldn’t see through the room for the smoke”.

Today, his diet is “dramatically changed”, though he still struggles with a love of foods like chips. “It’s a constant struggle for me,” says Swan, grinning. “I do a lot of exercise. I do weight training and cardiorespiratory – the elliptical, spin biking or climbing stairs.”

He hopes that by, mostly, taking his own advice he’ll see 100 or beyond. “If I’m fit and well and cognisant, I’ll take what I get. I want to know what happens next. And I’m scared of dying.”

He acknowledges there are issues with people living significantly longer lives, like limited resources and even a limited supply of jobs.

“I see it at the ABC, there are a lot of young producers who’d love to push me in front of a bus, you know ‘when am I going to get my chance’?” he says. “We don’t have much choice in the matter, it’s happening.”

How quickly it will happen and how long humans can live for are the big questions.

“There is an active discussion among gerontologists of ‘Are we peaking?’ Is it going to level off? Does the body fall apart at 120 because we’re just not designed for it? We just don’t know.”