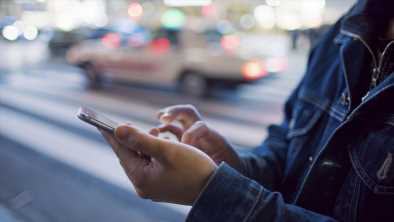 The new NHS contact tracing app was not able to log a third of England’s positive tests until Saturday.

The issue, revealed on Twitter by a user who was unable to log their results, has now been fixed.

Despite this, more than 10 million people have downloaded it since it launched on 24 September.

Downloaded six million times on its first day, health secretary Matt Hancock said the app has had a “strong start” and described it as an “important step forward” in tackling COVID-19.

The app uses Bluetooth signals to log when a user is in close contact with another user.

If someone then tests positive for COVID-19, they can share the result anonymously with their close contacts, who will each receive an alert to isolate for 14 days. It is designed to support the NHS Test and Trace system.

The malfunction undermined the app’s central role of warning people of previous contact with a positive case.

VMware Pivotal was contracted by NHSX to work on the original contact tracing app, which was trialled on the Isle of Wight in May.

In June, the app was shelved because it failed to pick up contacts between iPhones when they were asleep.

Under the management of Baroness Dido Harding’s Test and Trace organisation, a new team started work on a privacy-focused app using the Apple Google technology.

A planned development to the NHS contact tracing app which will score users’ lifestyles for COVID-19 risk is also in the pipeline. Software testers, BCS have said it needs clarity and have described it as “alarming”.

The spokeswoman for the Department of Health and Social Care said now “everyone who receives a positive test result can log their result on the app.”

“A minority of people, such as hospital patients, who were unable to log their positive result can now request a code when contacted by NHS Test and Trace to input on their app.”