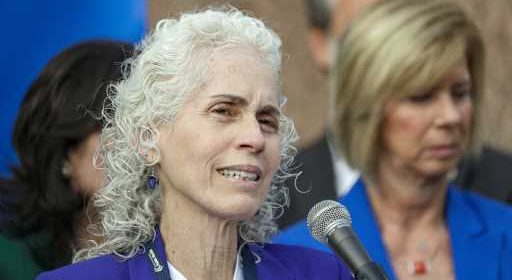 The protesters called for the reopening of L.A., as tightened restrictions that prohibited gatherings and severely limited capacity at most retail establishments were set to take effect on Monday.

They carried signs outside Ferrer's Echo Park residence and chanted "no science, no data, no shutdown," as well as, "open L.A.," according to the Los Angeles Times. 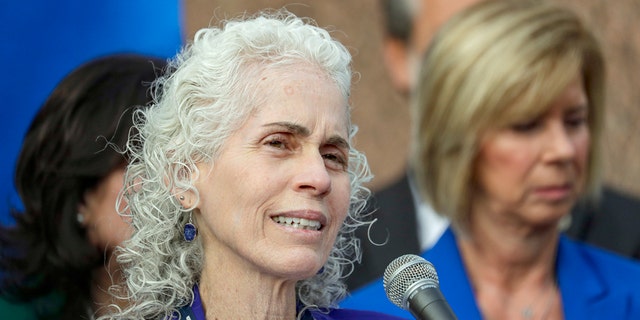 At least one person waived a flag that read "Trump Train," while another held a homemade sign that said, "Only we the people can save the USA," reports said. A few wore protective masks, the paper reported.

“I think, again, people everywhere have the right to protest and have the right to express themselves when they’re unhappy,” Ferrer said after the protest, according to KCBS-TV. “I think, unfortunately, that can be upsetting, but that is their right, and I’m assuming that people will continue to exercise their rights. That’s just where we are right now."

The demonstration lasted about an hour and was reported to have broken up around 5 p.m.

The county’s latest Safer at Home order was announced last week amid a surge in coronavirus cases and deaths. The order, which is in effect until Dec. 20, includes a ban on most gatherings and stricter limits on retail businesses. Residents are also being asked to stay home "as much as possible" and to wear a face-covering outside.

Officials warned that additional measures would be imposed if the county's five-day threshold of new cases exceeds 4,500 or if hospitalizations reached more than 2,000.

There were no initial reports of arrests at the protest on Sunday.

“My hope is … it’s a relatively small group of folks and that it doesn’t in any way detract from what I think is the most important task in front of us right now,” Ferrer continued, according to the station. “Yes, we’re asking a lot, and yes people are going to have to make more sacrifices. But if we don’t get this virus under control it will cost all of us dearly.”

A similar protest was held outside an eatery in Sherman Oaks, a neighborhood about 17 miles northwest of downtown Los Angeles, where attendees were speaking out against restaurant closures. Demonstrators said the restaurant and hospitality industries have become scapegoats for the recent surge in cases, reports said.

As of early Tuesday, at least 381,535 total confirmed coronavirus cases and 7,249 deaths have been reported, according to the Los Angeles County Department of Public Health.