New insights into immunity to malaria in pregnancy 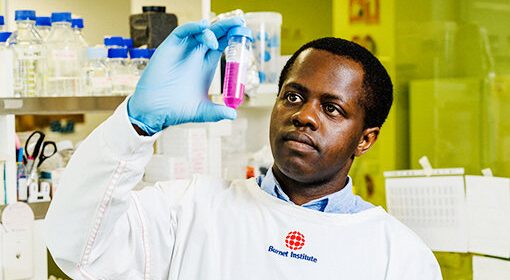 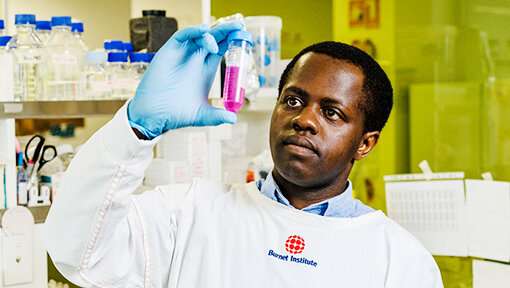 New Burnet Institute research has revealed the importance of specific proteins in the blood known as complement to clear infection and prevent malaria in pregnancy, a cause of severe disease and significant maternal, fetal, and neonatal mortality globally.

The findings, published in the journal BMC Medicine, provide new insights into the mechanisms mediating immunity to malaria in pregnancy and a potential new pathway for the development of malaria vaccines or new therapeutics.

Study lead author, Burnet Postdoctoral Scientist, Dr. Herbert Opi, said it’s well known that women are most susceptible to malaria in pregnancy during their first pregnancy, but how and why immunity develops during later pregnancies has never been fully understood.

The study of pregnant women in a malaria endemic province of Papua New Guinea measured the ability of antibodies to fix and activate complement to a particular protein malaria uses to infect the placenta.

The team found that women whose antibodies were able to recruit complement on the surface of malaria infected blood cells had a much lower risk of developing placental parasitaemia, caused by the accumulation of infected red blood cells in the placenta and contributing to poor pregnancy outcomes.

“It’s known that some antibodies can block malaria from binding to the placenta, but what we found is that complement significantly enhances this process,” Dr. Opi, said.

Dr. Opi said complement had been associated in previous studies with severe disease in situations where it was overactivated, so its potential for protection during malaria in pregnancy was never considered—until now.

“The first thing is we’ve unraveled a new mechanism of natural immunity to malaria in pregnancy and we have an understanding of the pathology of the disease that was not known before,” Dr. Opi said.

“But even more important are the implications for vaccine design—we need to think about a vaccine against malaria in pregnancy that is able to induce antibodies that can recruit complement.

“It’s a complicated process, but it’s something that can be done and should be factored into the next generation of vaccines.”

The World Health Organization recently endorsed the RTS,S malaria vaccine for young children in malaria endemic areas globally, but there is no vaccine for the estimated 35 million pregnant women at risk of malaria infection each year in sub-Saharan Africa alone.

Malaria in pregnancy can have devastating effects on mother and child, including maternal anemia, preterm birth, and low birthweight which affects the development of the child as it grows.

Study senior author, Burnet Deputy Director and Head of Burnet’s Malaria Immunity and Vaccines Laboratory, Professor James Beeson, said new therapies and vaccines for malaria in pregnancy have been hard to come by.