Neonatal intensive care unit works to save the tiniest patients 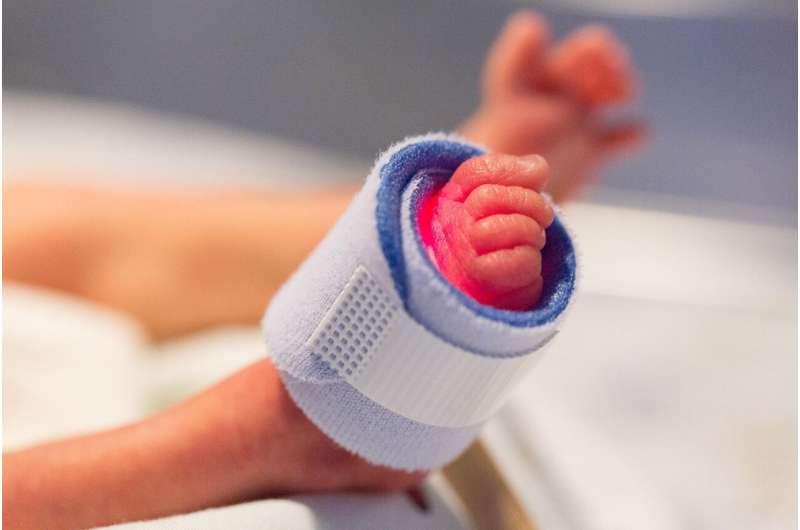 To Lizet and Francisco Robles’ delight, the ultrasound showed their third child was going to be a girl.

After having two boys, the family hoped to round out their family with a daughter. It looked like their wish was going to be granted.

“We were excited, and everything was perfectly fine,” said Lizet, who was working as a bank teller at the time in the Tri-Cities area of Washington state.

Then at 21 weeks, the situation changed.

“After a scan, things began to feel off,” she remembered.

A check with her local OB-GYN a week or two later showed that Lizet was already dilated by 2 centimeters. He finally told the couple to drive quickly to University of Washington Medical Center-Montlake for admission. Doctors planned to perform a procedure that would close her cervix, but ultimately determined it was too risky.

A cesarean section at just 22 weeks into the pregnancy was out of the question. Lizet had to deliver vaginally. She spent most of the day having contractions and then, suddenly, her daughter was born. Lizet remembers little of that time. But she does remember begging the doctors in the hospital’s neonatal intensive care unit to save her daughter. At 11:30 p.m. on July 19, 2021, Savannah Robles was born at 22 weeks. She weighed just 1.2 pounds.

“They told me that if this birth had occurred before January (2021), she would have died. They would not have had the technology to save her,” she said.

Many hospitals aren’t equipped to care for extremely preterm babies less than 23 weeks gestation. In fact, UWMC-Montlake only started doing so six months before Savannah’s birth.

“We reached out to centers who have been doing this in the U.S. and had meetings with their staff to learn how to keep these kids alive and give them a chance,” said Dr. Thomas Strandjord, a neonatologist in the UWMC-Montlake neonatal intensive care unit. He cared for Savannah during her first days.

Babies less than 23 weeks gestation face challenges other premature newborns do not. Their underdeveloped lungs cause breathing problems, scarring, and sometimes chronic lung damage requiring long-term support with supplemental oxygen. Their skin is fragile, not yet good at protecting against infections or keeping their bodies warm. They are also prone to bowel perforations, which happened to Savannah, Strandjord recounted.

“We have developed a team of neonatologists, respiratory therapists, nurses and others dedicated to taking care of these extremely preterm babies,” he said of UWMC-Montlake’s extreme preemie program.

Caring for these babies requires constant monitoring; smaller breathing tubes and ventilators that are gentler on the lungs; special protocols to deliver nutrients and fluids; and incubators to retain humidity, prevent fluid loss and keep their temperature stable.

At UW Medicine, the survival rate of these smallest of patients is about 50%—but 15 months ago, the hospital’s NICU physicians could offer no hope at all to one born as early as Savannah. “We would just offer them comfort care and let the parents hold the baby before they slipped away,” Strandjord said.

Currently, the UWMC-Montlake NICU is the only center in the Northwest to offer this care, he said. Since the program started, the NICU has seen about one or two of these babies, ranging from 22 to 24 weeks gestation, a month, he said. Late last month, however, the NICU had six.

Savannah went home in January 2022 on supplemental oxygen, which she still needs, although she’s slowly being weaned from it as her lungs grow stronger. Strandjord expects she will eventually not need it anymore. Right now, Savannah is 9 months old (or the equivalent of a 4 month old if you count forward from her expected due date in the winter), and weighs 16 pounds 8 ounces.

As the family approaches the first Mother’s Day with Savannah, Lizet Robles stopped and teared up.

“I’m just so grateful, for my family and her, and the staff at the NICU. It’s thanks to them that she is here, Lizet said.