Need a New Knee or Hip? A Robot May Help Install It 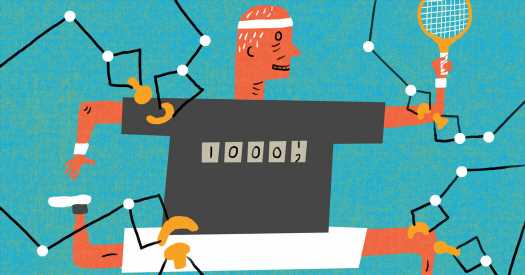 This article is part of our new series, Currents, which examines how rapid advances in technology are transforming our lives.

In the first joint replacement surgery in 1890, the German surgeon Themistocles Gluck implanted “carved and machined pieces of ivory” into joints diseased by tuberculosis — starting with a knee replacement for a 17-year-old girl, according to the medical historian and author Dr. David Schneider.

The implants used today, as well as those doing the implanting, are radically different from those in the days of Themistocles Gluck.

In thousands of such procedures, robots are now assisting surgeons to ensure an optimum fit of the new joint. Although many doctors still perform the procedures successfully without their assistance, the robots’ ability to help achieve more precise implant positioning — often determined through 3-D computerized modeling of the patient’s joint before the actual procedure — makes their role likely to grow over the next decade as the implants become more individualized, and such technologies as augmented reality are integrated into the operating room.

And the replacements themselves have changed. Over the past century, they have evolved to include metal, plastic and ceramics, and are now made of titanium, cobalt chrome and specially reinforced plastics. (Gone are the metal-on-metal replacements that caused problems in hip replacements in the past).

But something else important has also changed: the psychology of the patients, specifically, baby boomers. Now in their late 50s, 60s and 70s, they represent about half of the patients for the most common, knee and hip replacements.

“This is the first generation that is trying to stay active on an aging frame,” said Dr. Nicholas DiNubile, an orthopedic surgeon in Havertown, Pa. “My parents weren’t active at all. If they went out and did something and were sore afterwards, they’d never do it again. But baby boomers stay active, in droves.”

Dr. DiNubile, 67, author of several books on the subject, coined the term “boomeritis” to describe the wave of sports-related injuries he has been seeing in his practice among his cohort. “I’m still trying to play tennis at a high level,” he said. “My knees hurt sometimes, but I’m not stopping.”

This change in attitude is a striking difference in the patient population, and some say it has helped drive the advances in orthopedic surgery.

“When I started practice 30 years ago, if someone had hip pain, we’d take an X-ray and even if they had arthritis, and were in their 40s, we’d tell them to modify their activity and wait,” said Dr. William Maloney, professor of orthopedic surgery at Stanford University.

No longer. “The technology caught up with our patients’ desire to stay active,” he said.

One of the biggest innovations came in the late 1990s and early 2000s — just in time for the marathon-running, tennis-playing boomers to start showing signs of wear and tear.

“The industry figured out a way to make the implants better,” said Robert Cohen, president of digital, robotics and enabling technologies for Stryker’s Orthopedic joint replacement division in Mahwah, N.J. “We used the exact same plastic — relatively soft, but durable — and put it through a post process, of heat and radiation, that made it even stronger.”

The “highly cross-linked polyethylene” implants significantly reduced the need for revision surgery. “One of the main reasons for revision was the polyethylene breaking down in the replacement joint,” he said.

Thanks to the advent of the stronger, more durable material, he says, “we’ve pretty much eliminated that.”

“When I was a resident, people were admitted to the hospital for 10 days after a total hip or knee,” said Dr. Dorothy Scarpinato, in Melville, N.Y. “Now they get them out after a day or two.” As a result, she added, “people aren’t as afraid of this surgery as they used to be.”

The factors contributing to the shorter hospital stays, Dr. Maloney said, include less invasive surgery, accelerated rehabilitation protocols, better pain management methods and the use of regional as opposed to general anesthesia.

But, Dr. Maloney cautions, despite the fact that many replacements are now done on an outpatient basis, it’s still major surgery. “People are getting kind of cavalier about it,” he said. The primary risks — infection and blood clot — he notes, are “rare, but if it happens to you, it’s a major complication.” The use of antibiotics and blood thinners — not to mention surgical hoods and air filtration systems in the operating room — help ensure a good outcome for the vast majority of patients, according to Dr. Maloney.

Of course, numbers may drop this year, as joint replacements, like many other forms of elective surgery, were delayed at many hospitals because of the coronavirus pandemic.

At Stanford University Medical Center, Dr. Maloney said, “we didn’t do any elective joint replacements between March 13 and May 5.” A backlog followed, he said, although recent pandemic-related restrictions in his state meant that many of those who were waiting, postponed their procedures yet again.

Moreover, he noted, recreational sports activities — the source of wear and tear for many a joint — have been severely curtailed during the lockdowns. “There are no weekend warriors right now,” he said.

But over the past 20 years, they have provided the impetus behind the growth in these procedures. The Hospital for Special Surgery in Manhattan — which performs more replacements than any in the country (according to the Department of Health’s Centers for Medicare and Medicaid) — has tracked a nearly threefold rise in hip and knee replacements, from about 3,500 performed in 2000 to 11,000 in 2019.

Dr. Matthew Sloan at the University of Pennsylvania, the lead author of the 2018 study, said that “among the older patients, the big driver is the desire to stay active.”

And that’s not just active as in being able to shuffle around the block, or play with the grandchildren without pain.

Dorene Schneider of Heathrow, Fla., 65, had both hips replaced in the early 2000s. Already active, Ms. Schneider not only refused to cut back on her exercise but also increased it after surgery. In 2011, she ran her first marathon — seven years after her second hip replacement.

She went on to complete a number of races, including the Antarctica Half Marathon in 2014 and the 2016 New York City Marathon.

Ms. Schneider initially ran to raise money for charity. While her pace has slowed as she’s gotten older — now, she says, her running “is more like fast walking” — she has discovered many health benefits.

“I used to have blood pressure issues, but not anymore,” Ms. Schneider said. “My cholesterol numbers are good, and I feel great. Being active has a lot to do with it.”

Even if her continued high level of activity might mean she will need revision surgery? “That’s the price I’m willing to pay,” she said.

If Ms. Schneider does eventually need new replacements, she will be entering an operating theater very different from the one in which her first ones were implanted. Today, Mr. Cohen says, models of a bone implant can be superimposed on a 3-D model of a patient’s joint.

“This information is imported directly into the robot in the O.R.,” he said, which then “executes the procedure with a level of accuracy and precision that we have never seen.”

About 1,000 robots manufactured by his company, Mr. Cohen says, are now helping to perform about 15,000 joint replacement procedures a month in over 850 hospitals worldwide. That number is expected to increase.

Also, as opposed to Dr. Gluck’s contributions (at the time, the surgeon’s new procedure was dismissed by the German medical establishment), the value and durability of joint replacements today is well recognized. Dr. DiNubile predicts that gradual improvements in the design, components, technologies and techniques of joint replacement will make for even more precise surgeries — demand for which is likely to remain unabated.

“I think arthritis and joint deterioration are here to stay,” he said.