Mum falls out of bed while waking her partner up for sex, leaving her paralysed 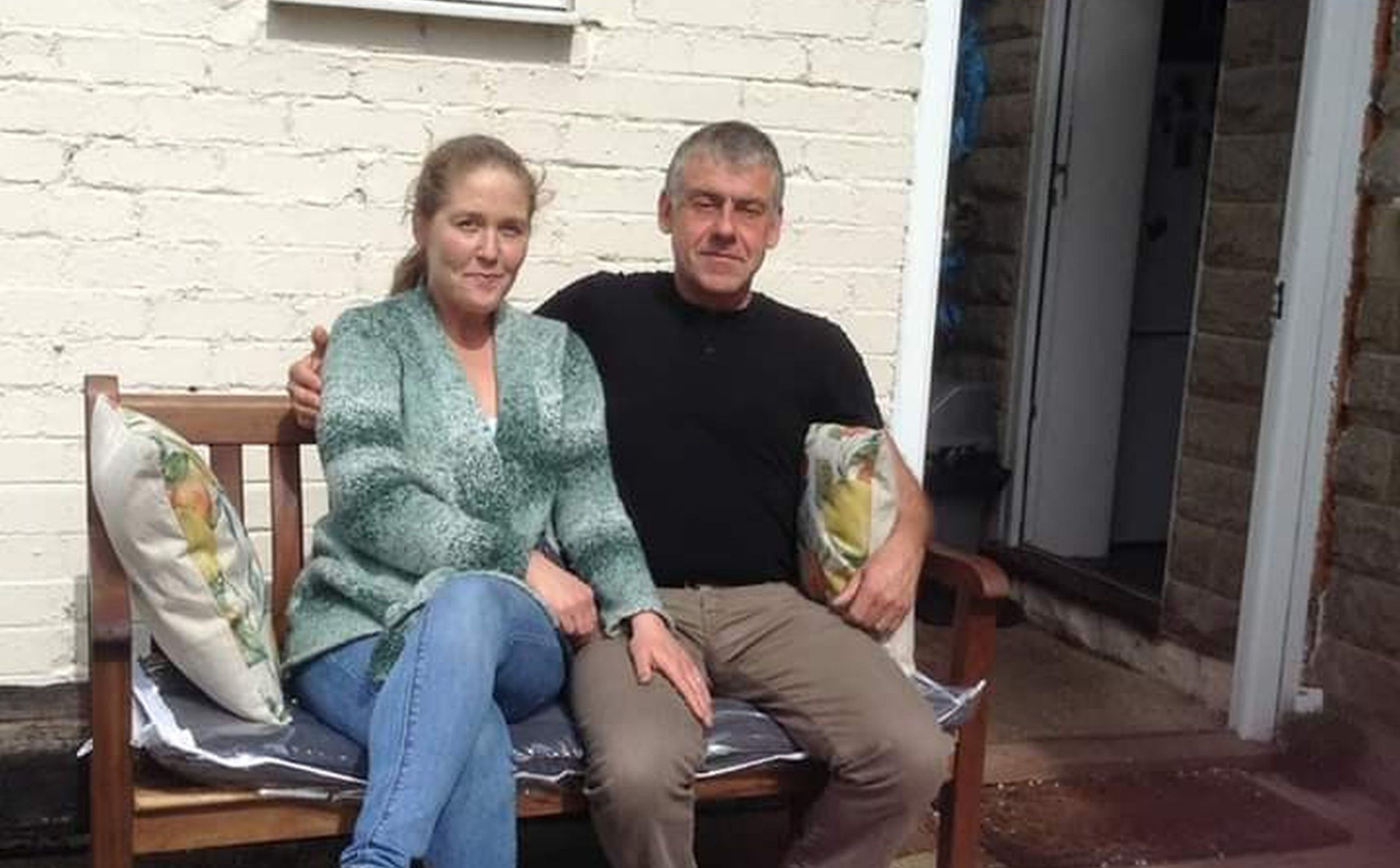 A woman who was paralysed from the neck down after falling out of bed is fundraising for treatment after being told she would ‘probably never walk again.’

Sophie Rodgers said she ‘bunny hopped’ over sleeping husband Guy Rodgers, 53, back in August 2019 in a bid to rouse him for ‘hanky panky’ but ‘misjudged’ her jump, fell out of their double bed and knocked herself out.

When the 44-year-old woke up the next morning she ‘couldn’t move anything’ and was dashed to James Cook University Hospital, Middlesbrough, where she was told the seriousness of her condition.

The mother-of-three has since endured ‘horrendous’ nerve pain leaving her screaming each time she was touched, and three operations – including one to fit titanium rods in her neck and to have a stoma fitted.

Speaking about the incident, Sophie said: ‘I was mucking about and bunny hopping over my husband on my hands and knees and just being a wally messing in bed as you do, I misjudged a jump and fell off the bed.

The next thing Sophie knew, she was laying down on the floor and, although she could move her arms at this point, her limbs were cold.

As Guy gets up at 4.30am for work, he was fast asleep and didn’t realise what had happened. When he woke up to go to the loo, he helped Sophie get back into bed, not realising the gravity of the situation.

Sophie, who’d just celebrated her one-year wedding anniversary with Guy, said she asked him to call an ambulance in the morning as she initially thought she had a trapped nerve.

She was taken to the intensive care unit and then the specialist spinal unit where days later she was delivered the devastating news that she was unlikely to walk again.

Sophie said: ‘My nerve pain was that bad that I’d scream if anyone touched me because it felt like a hot poker touching me and I constantly felt like my skin was burning – it was the worst pain you could ever feel in your life.’

She likens the pain to being burnt alive, and says it wasn’t until around a month before being discharged from her three-month hospital stay that she realised how hard her recovery would be.

‘I never cried or got scared or worried about anything right up until I was nearly due to leave hospital, it just hit me and I think I cried for about five days,’ she said.

The nerve damage from the accident meant that Sophie had a stoma fitted in May 2021, and she also suffers with bladder problems and incontinence.

And despite making progress since the fall, Sophie’s health has since got ‘worse’ since her stoma surgery, which she admits has been difficult.

Everything from cuddling to spontaneous trips to the shops are off-limits now for Sophie because of the pain, and she’s unable to go out alone because – despite the accessibility aids she uses – she may get too tired and be unable to get home.

Now Sophie is fundraising for a secondhand motorised scooter and specialist support clothes for stomas to help her ‘regain her independence’.

Sophie said: ‘If I was able to get myself a three wheeler and just go to see my friends which are half an hour away, I’d cry, because it would give me that little bit of independence that I need because I have no independence.’

She added: ‘I also want to try and raise awareness of spinal injuries because people will see the outside and think “oh great, she’s walking to the car she’s doing really well” but people’s perception is very different to the actual real truth.

‘Just getting a bit of my life back would mean the absolute world to me.’