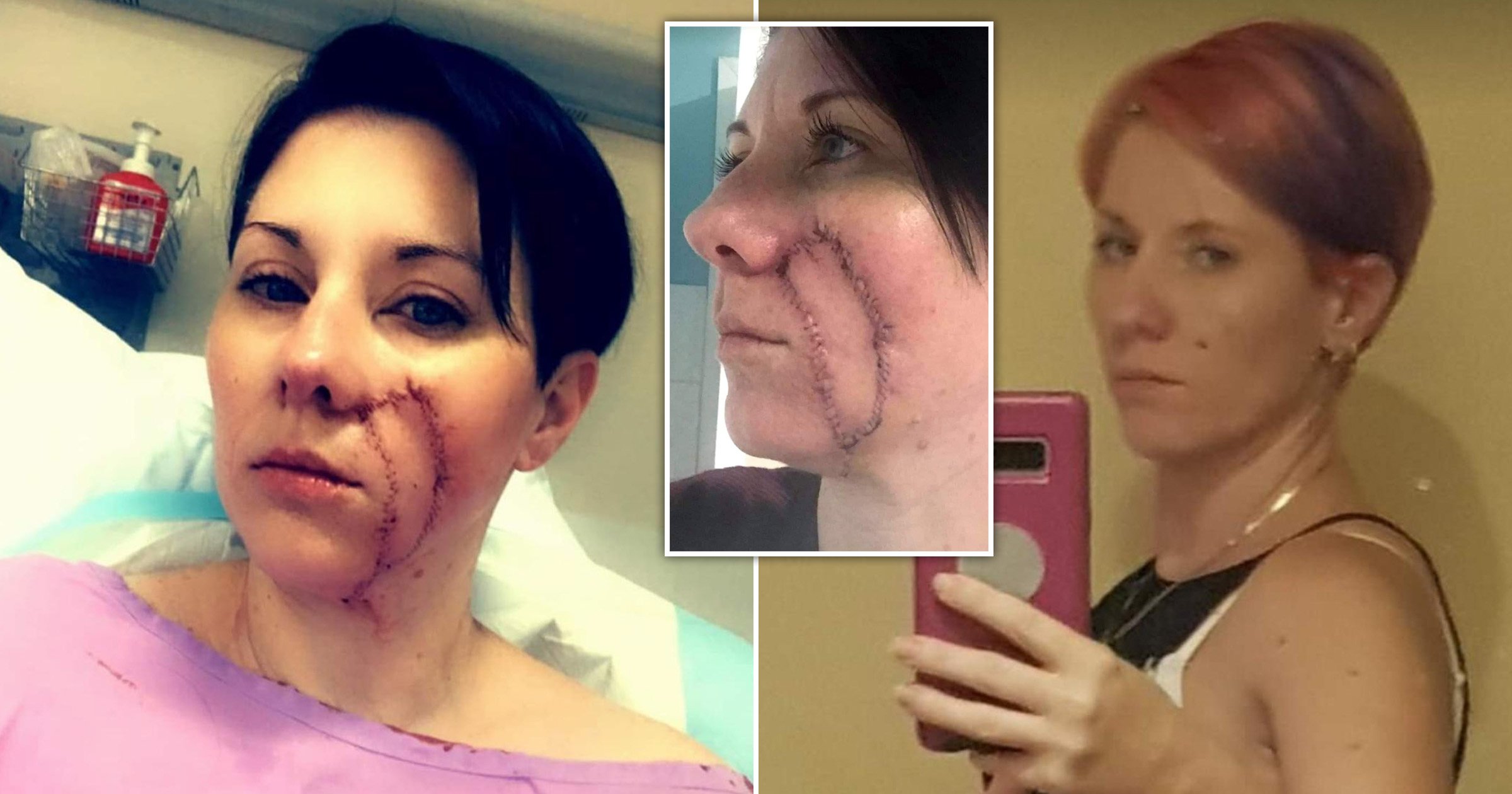 Megin Davies had a mole on the side of her face but as it was small and there were no changes, she thought it was nothing to worry about.

But when she fell pregnant with her fourth child, she realised it had quickly tripled in size.

As a busy mum who was dealing with some medical problems her new baby Bella-Reign had, it was months before she got it checked out.

When a dentist insisted that Megin, from Brisbane, Australia, should get the mole checked, she was devastated to discover that it had developed into a form of skin cancer.

The 40-year-old was diagnosed with a stage two melanoma last February, over a year after the birth of her daughter, Bella-Reign, three.

She said: ‘I’m not an outdoor person, I don’t sunbathe and even when I was younger I stayed in because I was a gamer.

‘It was the pregnancy hormones that accelerated the cancer. It didn’t start growing until I was pregnant.

‘I didn’t know that could happen so I was really shocked.

‘You don’t have to love the sun to get skin cancer.

‘I had this tiny mole on my cheek all of my life. When I was pregnant, it quadrupled but I thought it was hormones.

‘Bella-Reign had a few medical problems when she was born so I was focussing on her rather than myself.’

Megin, who is also mum to Tiana, 18, Cooper, 14 and Chobi, seven, had surgery to remove the mole as well as 3cm of skin, from her nose to her chin, leaving a scar 3cm wide and 12cm long, to make sure the cancer didn’t spread.

She said: ‘The doctor warned me that my face would be deformed and he drew a picture to show how big the cut would be and my heart just sank.

‘I was in shock and I didn’t know how to react knowing that my face was going to be scarred for the rest of my life.

‘When I got out of surgery, I grabbed my phone to look at myself and the scar was three times the size of what I’d expected.

‘I almost died on the spot. I was horrified.

‘My seven-year-old didn’t want to come home from her dads because she was scared of me and that was heart breaking.

‘I spent the first few months syringing smoothies into the side of my mouth because I couldn’t open it with the stitches being so tight and it took a while for me to be able to smile again.’

Megin is speaking out to warn others of the importance of keeping an eye on their moles.